Home » Tech Life » Why Snapchat is This Generation’s Twitter, But Worse 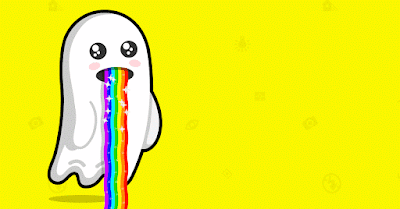 Snapchat is doomed. Unless you call Twitter a resounding success story.

Currently, Snapchat is the darling of the tech world -- filing for their IPO Thursday (Snap Inc. is the parent company). To date, they’ve raised over $3 billion at a valuation of over $20 billion -- with nearly $2 billion of the venture capital coming in the last two years. Snapchat has said they want to raise $3 billion in this initial public offering.

Why would a company need to raise $3 billion after having just recently raised $2 billion in the last couple of years? Because they know their value is never going to be higher than it is right now. It’s the equivalent of an intriguing, injury-prone 7’1 NBA prospect who has played just a handful of amazing games in college, then declaring for the NBA draft after a Freshman season that... ended in injury.

The injury in Snapchat’s case would be $515 million in losses in 2016 -- up from $373 million in 2015. Right now, Snapchat has enough speculative growth and glimpses of potential that is intriguing enough for someone to take a flyer on with a number one pick. Snapchat, themselves, has stated in their filing that they “may never achieve or maintain profitability.” Does that sound like a company we know, that also used to be the darling of the tech world?

Snapchat knows that the time to go public is now or risk never. They can still point to a number of “estimates” and successes now. A billion dollars in sales this year. 50% daily active growth in users in the past year. Sell-outs of Spectacles from pop-up booths. But for every plot point, there’s a kink or questions of viability.

Instagram loudly copied much of Snapchat’s most popular features, launching Stories in August of 2016. Only two months later, Instagram reported 100 million daily viewers, which was 2/3 of the daily active user base of Snapchat. And just a few weeks ago, Instagram announced 150 million daily users -- almost the same number as Snapchat -- achieved in less than six months! No one was quite certain whether Instagram’s launch and growth was affecting Snapchat’s momentum until their filing. Statistics in that filing showed Snapchat’s growth slowed 82% after Instagram Stories launched.

Looking at healthier “unicorn” companies that have yet to go public -- and have a much better argument for IPO -- Uber ($8 billion+ in venture capital) and Airbnb ($3 billion) have focused on international growth in a deliberate, drawn out manner, respectively having launched in 2009 and 2008. They are building sustainable companies that aren’t predicated on hype. Snapchat launched just five years ago in 2011. Facebook was profitable for three years before filing for their IPO. Facebook chose to bypass immediate advertising dollars to focus on user experience and growing their audience as much as possible -- something Snapchat does not have the luxury of doing. Snapchat knows they’ve hit a wall with user growth. User growth slowed down considerably in the last two quarters of 2016.

With over half of Snapchat’s audience between the ages of 13 and 24, does anyone think that Snapchat can increase their market share significantly with other age groups? Particularly when Instagram already has a built in audience of 500 million users, with 300 million daily? Of those 500 million users, 28% (or 140 million) are aged 30 – 49. The chances of those users downloading -- if they haven’t already done so already -- and learning a new app that has the same features as an app they already use is unlikely.

Perhaps the most glaring similarity Snapchat has to Twitter is through your own personal experience. Most people stopped using Twitter, because, frankly, our friends are just not that interesting or clever enough to consistently go back to the app to see what they’re doing or how they’re phrasing it. Twitter has become a medium for comedians, celebrities, politicians, and other influencers -- people we are curious about and are clever enough to be entertaining. Snapchat will eventually be a platform for influencers who can be creative and entertaining in their story posts. As it is right now, the influx of gimmicks and filters (how many times can you watch different friends post a selfie video featuring themselves with dog ears, nose, and tongue, while doing little else?) feels a bit like Myspace. Towards the end for Myspace, the dazzle and pizzazz of flashy customizable wallpapers and songs became outdated. Similarly, Myspace also sold out early for as much advertising revenue as possible in lieu of growth.

One telling sign on the future health of Snapchat will fall on the actions of the founders, Evan Spiegel and Bobby Murphy, who each own a whopping 22.4% of the company. Will they pull a move like that of Mark Pincus, the Zynga founder, who sold a large amount of shares (16.5% of his total) four months after their IPO at the first sign of trouble for the company? Or will they show confidence in their company, selling a small percentage, similar to Mark Zuckerberg and Facebook, who they spurned with their rejection of a $3 billion dollar acquisition offer?

Snapchat says it will use the money raised from an IPO for “general corporate purposes”, which is alarming that after having raised $2 billion in the last two years, they have no clear direction for the capital to significantly grow revenue or product. With all of Snapchat’s statistics speculative and unproven, I’d imagine the founders, and early investors, would be wise to cash out early before everyone starts to disappear.