Home » World Travel » Why You're An Idiot If You're Not Planning to Travel NOW: How Millennials Are Becoming the Greatest Travel Generation Ever

Why You're An Idiot If You're Not Planning to Travel NOW: How Millennials Are Becoming the Greatest Travel Generation Ever 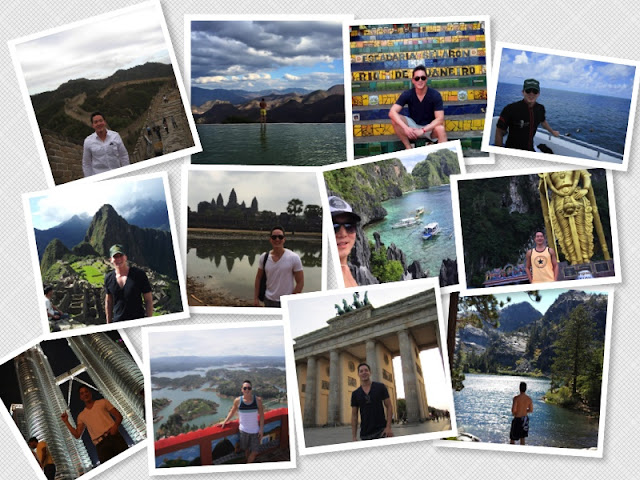 Tom Brokaw famously defined the generation that grew up during The Great Depression, fought in World War II, and went on to build the infrastructure of modern America as "The Greatest Generation."

Ehhhh, they were okay. Apparently, Tom Brokaw has never heard of the Millennials!

Cue Morgan Freeman to deliver the introductory voiceover for my generation:

"From the generation that brought you the selfie stick, the Kardashians, and apple pie-flavored vodka.... we bring you: the Millennials."

Possible future taglines for Millennials include, "the greatest drinking generation", "the affluenza generation", or "the gluten-free generation." I could go on and on, but the moniker I think we could be best known for is, "The Greatest Travel Generation."

We are in a GOLDEN AGE of travel. Traveling has never been cheaper, faster, and easier. I should know -- traveling is my lone win in life. Since I have no kids, wife, or friends, I do it often and with reckless zeal that belies my age and the disapproving parents awaiting me at every turn.

Sorry Ma, Pa, I gotta do me. And I do me goooood. (Did that "goooood" come out as creepy on the page as it did as I was saying it in my head?)

Anyhooooo, while traveling, I always interact with tourists from around the world -- sometimes even sober!!! -- and I've noticed many things that make me proud of the state of travel and adamant that you should be doing it NOW. Even if you have kids!

The U.S. Dollar is The Strongest Its Ever Been

For the last few years, the dollar is crushing it compared to other countries. Our exchange rate makes it so that we're actually MAKING money just by converting it to another currency! (That may not be accurate, as economics classes were always somehow scheduled very early in the morning. Kind of redonkulous to expect anyone to be functional at 11am!) But, hey, check out this line chart -- hurray for pictures!!! -- showing the strength of the U.S. Dollar over the last 10 years. 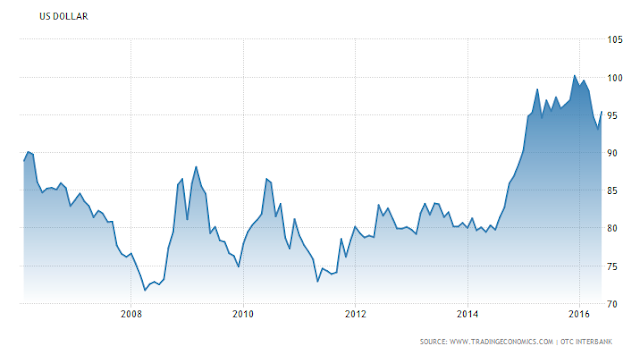 Like Jay Z said, can I get a what what?!? (I was on the early side of the Millennial bracket, but that doesn't mean I don't know the lingo of today. Am I right, jive turkey!?!)

Competition From Low Cost Airlines Has Driven Flight Costs Down

With the influx -- and rise -- of budget airlines around the world, including RyanAir, JetStar, WOW, Norwegian Air, Virgin Airlines, Southwest, VietJet, Volaris, and many others, the competition for your flight dollars has driven prices to the lowest its ever been. Something about supply and demand, I think -- once again, I was sleeping during economics classes. But I do know that if you put ten different brands of vodka next to each other on the store shelves, a few of them will be battling it out for the lowest priced. That's where THIS guy comes in! Swooping in and grabbing all of the lowest cost vodkas, complete with grippable handles and made of plastic, so you know it's good, and good for the environment!

Where were we again?!? Oh, yes. I have flown to London for $700 roundtrip. To Colombia for $400. To Vietnam for $700. The prices are so good, I don't even use my miles most of the time (opting to save them for an actual expensive flight). It used to be that any international flight to another continent was going to set you back at least a G (that's Millennial lingo for $1,000), but not anymore! Not NOW!

Heard of Airbnb, Uber, Viator, or Tinder? (What?!?! Tinder is the sharing of vaginas and penises...) All of those tech companies, amongst many others, have made it easier and cheaper to secure lodging, transportation, and tours while traveling. Not only are they making travel more intimate, they're also saving you from greedy, impersonal hotels and scammy, shady taxi drivers. Often times, by using these mediums, we're looking at savings of 25 to 50% off of traditional costs.

We Have More Resources Than Ever To Find Information on Everything

Not just for stalking your ex-girlfriend anymore... You want to find the cheapest flight? Have you tried Kayak? Google Flights? SkyScanner? You want to figure out what's the best or cheapest way to get from Kyiv, Ukraine to Vilnius, Lithuania? Well, there's a small, indie company called Google that allows you to type that exact question into a box and little elves type back an answer for you! God bless those little elves. You can then find out how much it costs by bus, train, car rental, or flight, and whether you might need a Visa going through Belarus (you do). You can also find out the time it takes to get to Vilnius by each transportation method and figure out whether that money saved is worth your time.

Call me crazy, but I think Google is going to make it. Like Burt and Lonnie, or Mia and Woody, or Britney and Justin, or Kim and Kris Humphries... I've got an eye for these things.

It kind of makes William Wallace's, "they may take our lives, but they'll never take our freedom..."-speech sound downright silly. We rock this wording game where you put words together to form complete sentences!

Here's an example of how we use our rallying cry:

Millennial #2: "No, fool. Didn't you watch Narcos? People are dying to bring that drug into your hands."

Millennial #2: "Okay, let me hit that. How many grams did you get?"

FOMO, or Fear of Missing Out, is what drives many in our generation to do things. No one wants to have been at home when a MewTwo Pokemon is suddenly discovered and all your friends get it but you! Don't miss out on the wonders of the world and be content with a Mexico and Hawaii trip in your lifetime. There are donkey shows to be had!

Finally... You Become A Better Person When Traveling

Above all, I have learned that traveling leads you to love more and hate less. And that is all I hope to impart upon you. Love.

P.S. Sorry, Gen Z, that this wasn't written in emojis. Or Snapchat filters where I'm licking at the camera with my new dog tongue. Or with a rainbow pouring out of my mouth.

P.P.S. Stay tuned for next week's post, where I comprehensively break down how I travel to more than five countries a year and still am able to put money in the bank. Hint: I don't have to give handjobs anymore!