A lot of people ask me about my travels and for suggestions on their own travels, which I am more than happy to oblige with tales of my glorious conquests. I like to regale with hours and hours of dizzying, unnecessary detail – from the wait time of the airplane bathroom following the inflight movie to the amount of hotel towels stolen – that leaves the askee wishing someone would put a bullet in their head. It's just all part of the joy of loving my own voice!

In an effort to avoid ever talking about myself again, I have made it a goal to write about all questions posed to me in daily conversation. Fortunately, for you, this post is not titled, "What the hell am I doing with my life?!?!" Or, "What time did I sleep until today?" Or, "Did I cry myself to sleep last night again?" As those are the other most frequent questions posed. I'll save those ones for once I've completed rehab and therapy. When people ask me questions, I plan to just respond with, "I'll send you a link to that question," and then turn back to staring into the bottom of my well whiskey with nary a thought of it ever being "half full" as tears stream down my face.

This is my "best/worst/favorite/most list". (There shall be no semblance of organization, consistency, or structure here!) Some of these questions will be answered with short stories and descriptions; others will have no explanation. Some will be written as if I were Hunter S. Thompson. Others will be written as if I were channelling Billy Madison. (I like to practice my stylistic plagiarism.) I call my own style, "conversational basic rudimentary english for new speakers who can't read good, yet also have poor study habits." (It kind of rolls off the tongue, no?) 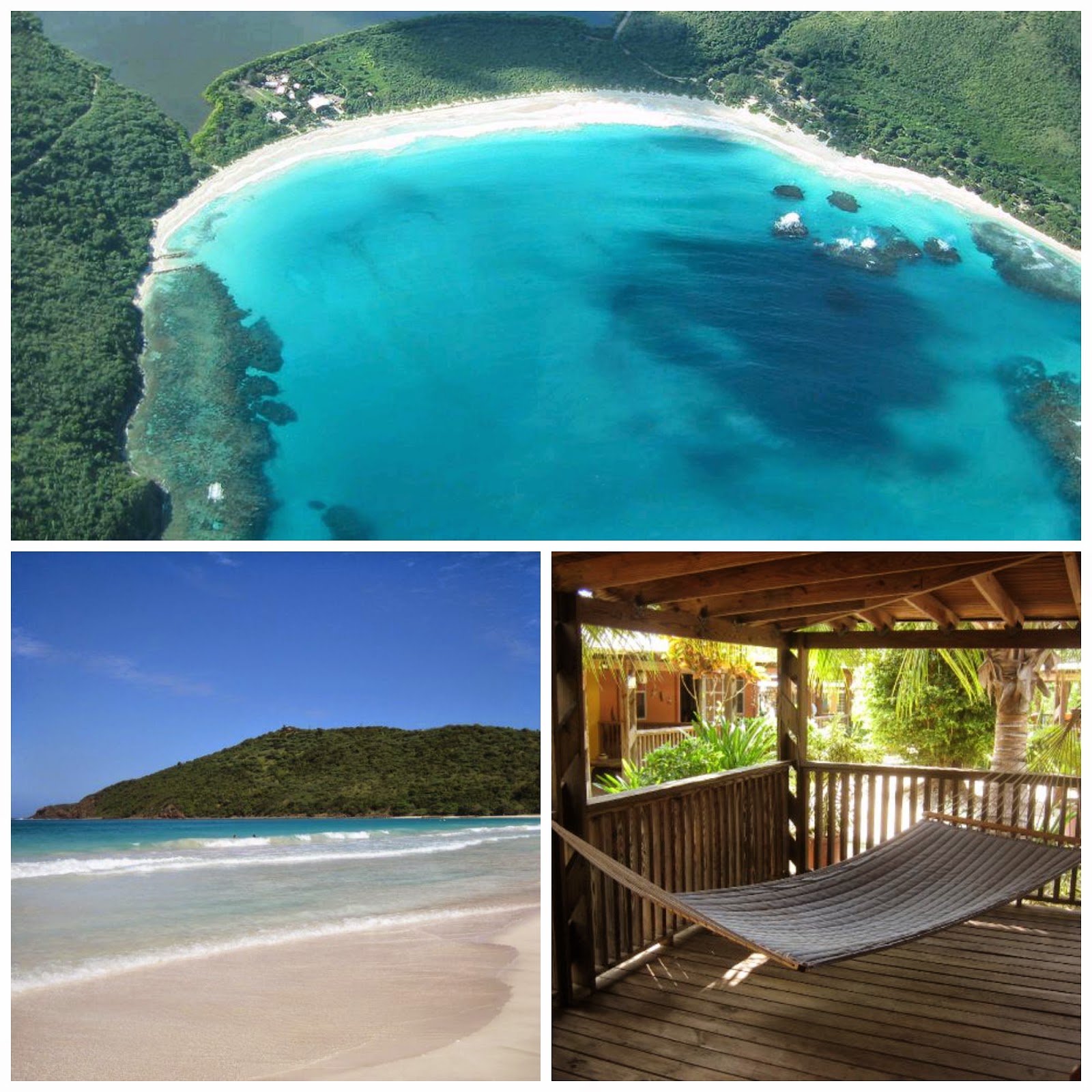 I consider myself a beach connoisseur (and, no, I did not know how to spell that word). I cannot go on a vacation without spending a few days exploring a beach – no matter how crappy it is. For my discriminating criteria, I'm not just choosing the one with the clearest water and softest sand, but for the overall ambiance and tranquility. Almost all of the beaches in southern Europe are out of the question for top billing. As stunning as the backdrop may be, I cannot support beaches with (majority) no sand, substituted with pebbles and jagged rocks that hurt my precious feet that need to be protected for my future life as a concubine. As for others, most of Hawaii is too commercialized and refined. Mexico too loud. Jamaica too sleazy. Central and South America too dirty (water). Asia too European backpacker.

Flamenco Beach on the small island of Culebra (a part of Puerto Rico) is my favorite for a number of reasons. It's almost completely secluded and free of development – except for one amazing, unassuming, inexpensive villa rental complex. (If you look in the top picture of the collage, you'll see the lone villas amongst the greenery.) The water is exceptionally clear and the sand white and soft. I dream of being able to eventually take a loved one here and maybe a burgeoning family. Hopefully it won't be overrun with development by then.

I guess it's best to segue into how I ended up on the island of Culebra and Flamenco Beach. Almost all of my most cherished travel memories have taken place without an itinerary – mostly armed with only a few sparse words of the language and my charming smile. Which means I ended up getting robbed, beat up, raped, and urinated on a lot while laying in a fetal position on the ground. Sigh. Good memories.

There's something about walking down a street in a foreign country without a map and choosing to go straight, left, or right, and there being no wrong answer. In the movie Cast Away, after Tom Hanks returns home, the movie ends with him looking in four different directions, wondering which way he should go. And he smirks. He knows that – finally – he's free and has the world in front of him. There is no wrong choice if you have an open heart and mind.

Traveling to Puerto Rico was one of the first times I would go on a trip on my own with no itinerary. That trip was culminated by new friends, a bottle of rum on the best beach I had ever set foot on, darkness and stars over head, talking more deeply and openly than I ever had in my life. I loved it. For all the Motorcycle Diaries, Under The Tuscan Sun's, and Eat Pray Love's out there embracing solo travel, there's a reason those books aren't fiction. It truly is one of the most amazing ways to discover new things about yourself and to find peace.

I love the vibrancy and energy of certain cities I've visited. Some had me never wanting to leave. With Buenos Aires, I was truly amazed, as I (naively) assumed that most South American countries were relatively poor and lacking in rich history. (I mean, who can top the U.S.'s impressive run of over 400 years of uninterrupted development and history!??!) Buenos Aires combined European style, flair (and confidence), with Latin passion and culture.

I loved the time spent enjoying people's company during siestas and the lack of urgency to go out at night, as bars, cafes, and clubs stayed open until the early-morning hours. I loved the architecture, the pride, the diversity of food, the steaks, the Malbecs, the camaraderie, and the exchange rate! (Although you can keep the Fernet).

Frankfurt, Germany. I had to stay here, because for some reason the city is a major European airport hub. I desperately searched for photo ops, culture, or.... anything of interest. Fail.

Many people will tell you Germany is their favorite, but it just wasn't for me. Don't get me wrong, the people are nice, polite, and pleasant, but the country just lacks enough culture to shock my senses. It might be because they have all the amenities of the United States, share many of the same customs and habits, and offer the same food found on any street corner in the States. Plus, I'm not a huge beer fan, so that probably hurts its ranking.

Las Vegas. (The U.S. made this undistinguished list!) You will never, ever see anything remotely close to what Las Vegas has done. There's just nothing like it. I'm not saying it's "unique" good or "unique" bad, but it is one-of-a-kind. It's crazy, debaucherous, sinful, consumptuous, celebrated and, yet, never fails to surprise.

Running of the Bulls. Pamplona, Spain 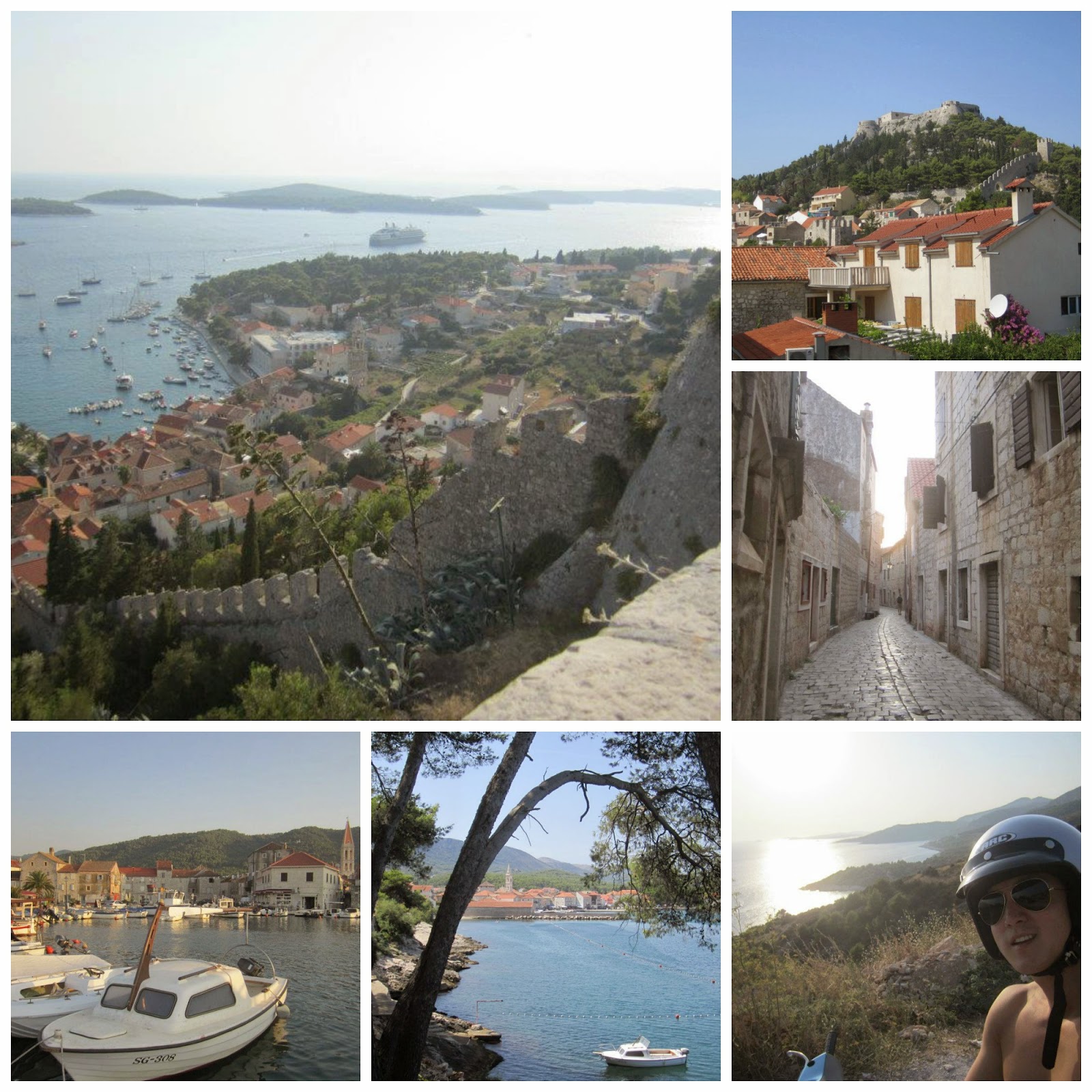 Croatia has probably already hit the tipping point of tourist discovery, but it still has everything I look for in a trip – starting with uniqueness. While the walled city in Dubrovnik is amazing, my favorite had to be Hvar Island. Exploring the island on a scooter, almost every place turned out to be my new favorite place! Whenever we felt the urge, my friend Vince and I would park, get out and take a dip in the sea. Old world charm, customs, and pace, without the crush of commercialism and the hustlers that come with it.

MOST AMAZING MONUMENT/STRUCTURE/"WONDER OF THE WORLD"

I've been to the Great Wall of China twice now and both times I've been awestruck at how grand it is. Oftentimes quoted as being the only man-made structure visible from space, it is simply amazing that humans built this without cranes and machines. And in 200s BC!!! I can barely tie my shoes in 2014 AD!!!! As far as the eye can see, it is a revelation. If I go back a third time, I will still climb those giant steps with the giddiness of a school boy.

Italy (where "al dente" is perfection)

I can't pinpoint a place where I had more fun than the others, because I pretty much always have an amazing time (before blacking out and waking up in a gutter). I loved the uniqueness of Shanghai, where ordering a bottle (much more affordable than the U.S.) is the standard, even if you're sitting at the bar. I loved Taiwan and the private karaoke rooms where you could order any type of alcohol or food and have it brought to your room. I loved Medellin, where people gathered in parks to pre-drink. I loved Rio, where there was probably the greatest ratio of people making out in the club to people NOT making out I have ever seen. There's joy to be had everywhere. 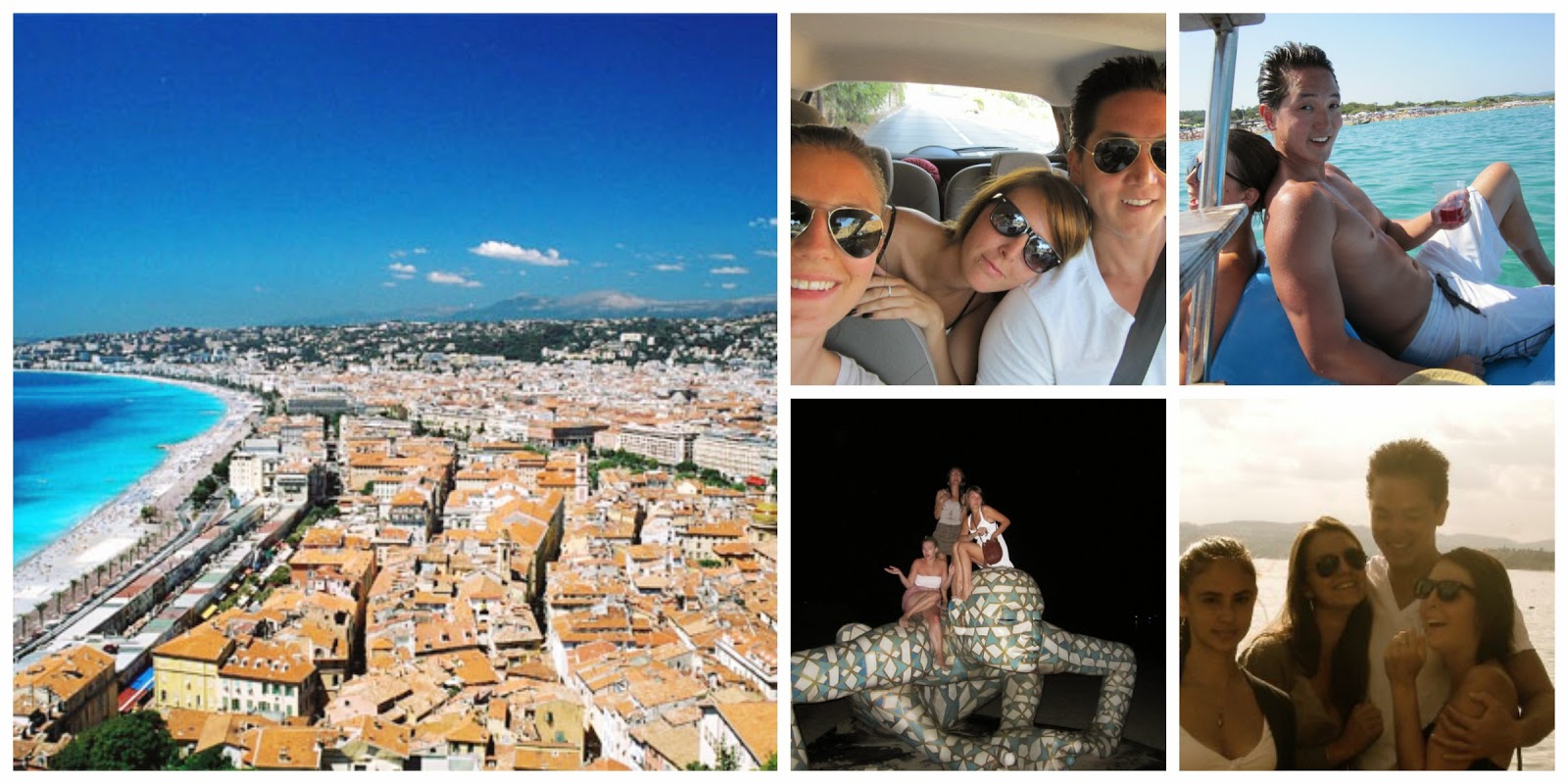 Armed without an itinerary in the French Riviera, I met two girls on a beach in Monaco – one of whom would turn out to be one of my favorite people I've ever met. Over the next two weeks, we would decide each day what we would do, where we'd go, and eventually rented a car in Nice, drove to St. Tropez to stay with one of their friends, before ending up in their home country of Switzerland. There were so many great moments in that spur-of-the-moment trip, I don't even know where to start... but it started and ended with so much laughter. 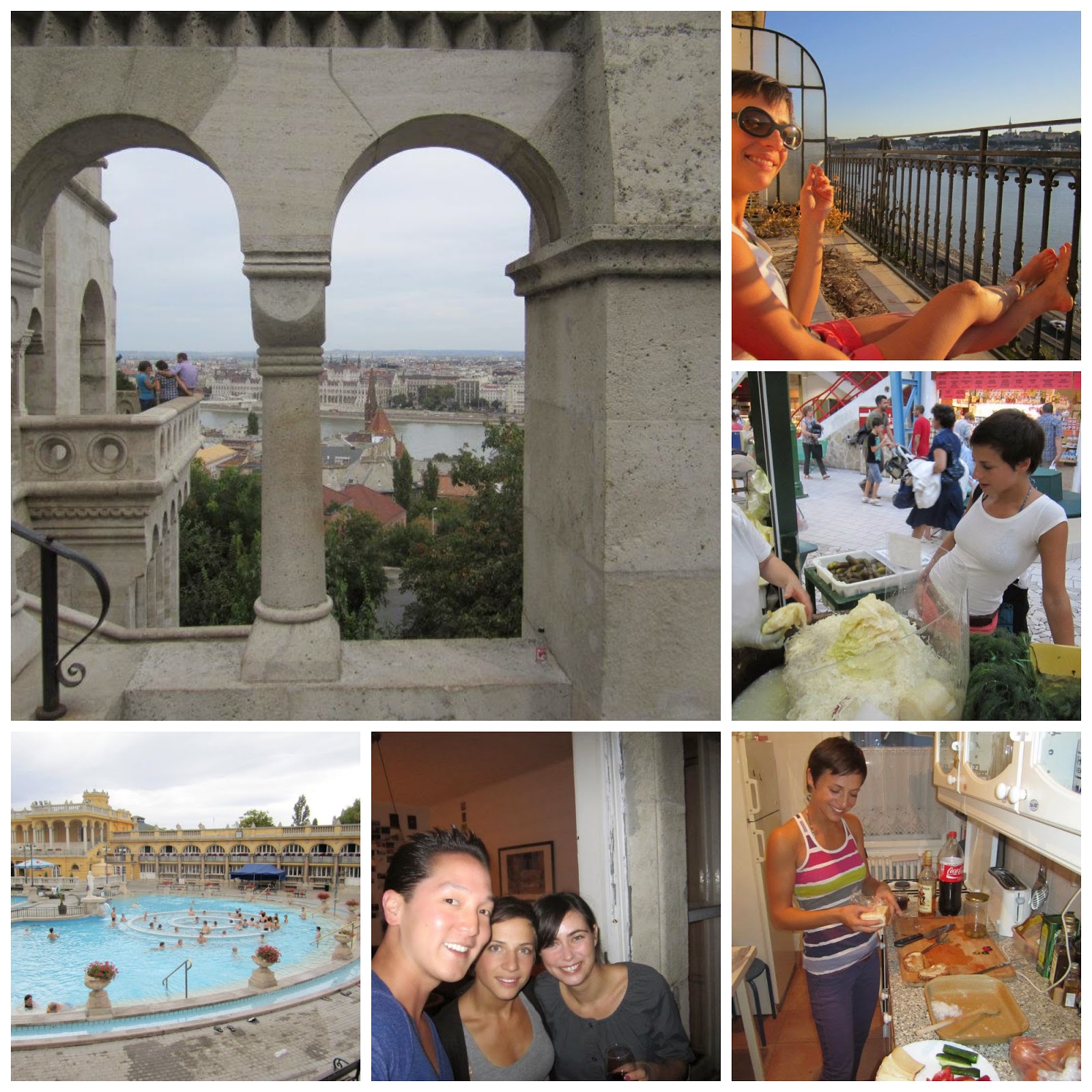 After spending an incredible few weeks traveling Croatia and exploring Germany with my best friend, Vince, he had to head back to Rome. I decided I would go to the train station in Berlin and take the next train out. Either north to Stockholm, west to Vienna, or east to Budapest. It ended up being Budapest, where I hopped on the overnight train and ended up in a compartment with two other people – both strangers. We ended up talking over the next few hours, and during a stopover, decided to get a couple of bottles of wine for the last leg of the trip. In the morning, Kinga asks me where I'm staying in Budapest. I tell her that I don't have a place yet. She tells me that I'm staying with her then! Which turns out to be the top floor of an apartment complex overlooking the Danube River. Over the course of the next four days, we go to a local farmer's market (not a tourist in sight!), she cooks me a traditional Hungarian cuisine, and I learn about Budapest through the eyes of a local.

Honorable mention: Riding on the back of a scooter (without a helmet and shirt) through the French Riviera with my boy, Ryan.


Because of all the goodwill bestowed upon me in my travels, and the way I was raised, I have and will always pay it forward. If I have a room or couch open in my house, it is always available. And when friends I've met around the world come and visit, it is no burden at all for me to drive them to my favorite places around Northern California. The reward is in their faces. (And the forced sexual favors. Thanks, Philip, for encouraging me to find that "happy place" and that it would "all be over soon." You lied about that last part though, you SON OF A B*TCH!)

I honestly don't know how I've been so fortunate to have met such amazing people during my travels. I'd imagine that it started with putting down whatever was in my hands and giving the world around me a chance. And whether the world leads you north, south, east, or west, know that blindly following your faith and opening yourself up to the possibilities of the unknown is more rewarding than the destination.

P.S. If you're ever in Australia, you can visit this post's sponsor in search of a friendly escort!