Home »Unlabelled » The Most Creative and Obscure Halloween Costumes of 2013

The Most Creative and Obscure Halloween Costumes of 2013

Many of you have been clamoring for my annual Halloween costume idea guide (nobody), and the truth is, I have been unbelievably busy (shout-out to my startup! What?!? I can plug whatever the hell I want! I love you, Jack in the Box – particularly your new Jack's Munchie Meals! And that's not because you gave me $20 for that plug. Btw, Jack's Munchie Meals are only available from 9pm to 5am – which are my awake hours – and are all for the low-price of $6 (prices and participation may vary)), so therefore, because this ISN'T a paid post, here is my annual Halloween list. In case you want 2012, 2011, 2010, and 2009, there they are.

First off, I am running out of good ideas. You can only go so far by picking the year's hottest tragedies, current events, scandals, and celebs as costume ideas. For instance, I'm almost certain that Walter White and Jesse Pinkman in their hazmat suits are going to be very popular. 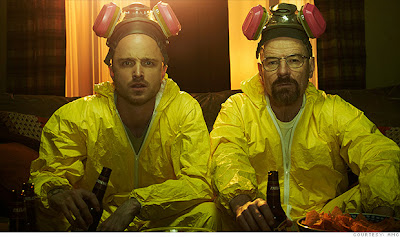 Personally, I would be Walter White in his tighty whities, complete with tucked in green shirt, although that would mean I would have to workout my legs every day this week in anticipation, and I'm just not that dedicated. 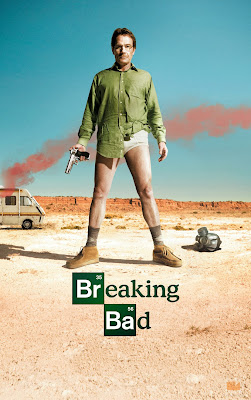 I like to go for less obvious choices. Last year I was Dexter. About 7% of the people knew who I was. A few years back, I was one part of Milli Vanilli. That had about a 5% recognition rate. This year, I'm aiming for the coveted 2 - 3% range. 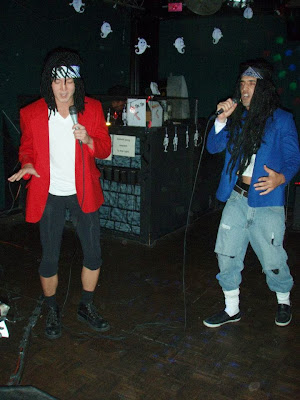 Take for instance, Top Gun. Most people would go with the flight suit or the Bomber jacket, aviators, jeans and white-T. Not this special short-bus commuting guy. I would get a buddy and we would re-enact the beach volleyball scene. He would have to be Goose, so that I could take my shirt off, of course, and then we would yell out, "SWORD FIGHT!" every once in awhile and throw the volleyball around, in case people were confused. 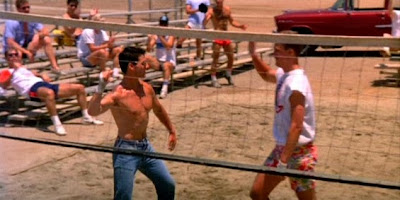 The key is straying from everyone's preconceived notions of characters in movies. Like in Tommy Boy, I would put on a tiny jacket (I wish I were fatter for this) and wear it around, and constantly sing, "fat guy and in a littttttle coat. Fat guy in a little coat." My friends would love this about the three hundredth time I sang it. 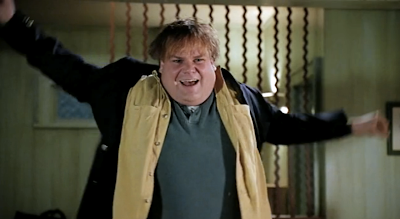 You could even get a little creative. For instance, I might dress up as the Dread Pirate Roberts (and pirate costumes are pretty easy to find), and cut up a silk shirt to walk on. Look it up. I don't have time to explain to you commoners. 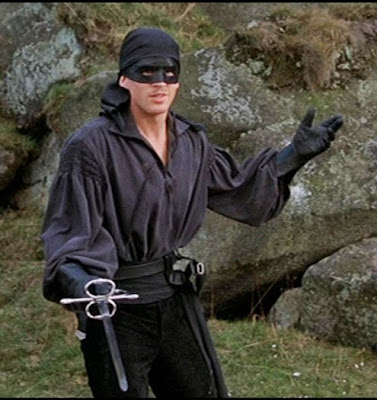 I'd also like to be Miguel, drop-kicking someone's head at the Billboard Music Awards. When anyone asks me who I am, I'll grab the friend that I convince to be the unsuspecting audience gal, and I'll take a running start and drop-kick her in the head and continue singing. It'll be awesome! For me. Sorry, friend. 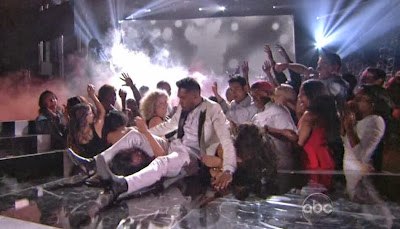 And if I didn't like my hair so much, I would take it old school and be Sinead O'Connor when she tore up a picture of the Pope. I would have numerous copies of the picture, for authenticity and dramatic effect. I would also look really good in that white, lacy top. My boobs would probably be bigger too. 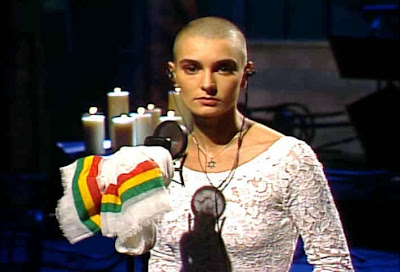