Home » World Expo Shanghai » What Do Girls Look Like Around the World? The Birth of Girls On A Map

What Do Girls Look Like Around the World? The Birth of Girls On A Map

After spending more than three years engaging in all of my whims and desires - something that is typically only relegated to five year-olds - I find myself to be more selfish than ever. It's a helluva thing to follow ALL of your dreams - as opposed to only on nights and weekends. Prone to rash decisions and temper-tantrums, I often eat before women and children, cut off pedestrians at crosswalks (rather than wait an extra five seconds), short change everyone on a group bill, post flattering pictures of myself where others have their eyes closed, and hang up on people after I've said everything I needed to, amongst other things.

After writing some screenplays, a book, and traveling to exotic locations - all for personal fulfillment with little thought towards monetary gain - I've now gone ahead and launched a website that has been thrown around in my mind for almost five years. This site will one day be the reason why I can afford expensive meals at the local Sizzler. GirlsOnAMap.com is the first of several websites my co-founder and I will be launching, all geared towards helping travelers engage with the world based off of niche interests. The niche in this site, if you couldn't tell, is girls - specifically, what they look like around the world, what they're like, and the best places to meet them.

After writing a post about "Iceland women" a few years back, I now "own" that term on Google searches. The post gets thousands of hits a month.The comment board has become littered with people engaging in the debate of how "hot" Icelandic women are, how well they age, how "easy" they are, and other personal stories of life and travels in Iceland. This got me thinking, there is no repository of this wealth of information about girls around the world found on one site.

That's what GirlsOnAMap.com is here to do.

Another problem I had, was that when searching what girls look like around the world, or engaging in a debate with friends about what countries have the hottest women, you could never find REAL pictures of girls. Only pictures of models, movie stars, or porn stars. I became particularly fascinated with the subject when I went to the World Expo in Shanghai in 2010 that had representatives from over 200 countries that would staff each country's pavilions with their citizens. I ended up partying a couple of nights with the contingent from Kazakhstan. The country, if you remember, was so under-the-radar, that Sacha Baron Cohen was famously able to use it as the character, Borat's, home country. What you probably still don't know is that Kazakh girls are exotic-looking and beautiful. I ended up partying with them a couple of nights in a row, needless to say. Located at the borders of Russia and China, next to Mongolia, the people looked half-white, half-Asian - which, if you ever been around one, you'll know it's a great combination. This got me curious as to what girls looked like in other border countries around the world.

That's what GirlsOnAMap.com is here to do.

Sure, I'll be the first to admit that this sounds a little sexist, especially when it comes to being able to "rate" girls around the world based off of appearance. This is done for a few reasons. First of all, there has never been any real quantitative data in debates that have gone on - in almost all bachelor lives - about "where in the world are the hottest girls?" I hope to give a little enlightenment to this playful debate and to help people find out their own preferences on which girls and countries they "rate" the highest, so they can plan their next travel destination accordingly. As for "rating" a girl on a scale of 1 to 10, this has been done for years, ever since Bo Derek made the term "a 10" part of the national lexicon. If you've ever asked a friend - or been asked by a friend - about a girl or guy they met and what they would rate them "on a scale of 1 to 10", you've rated people yourself. Don't be a hypocrite. 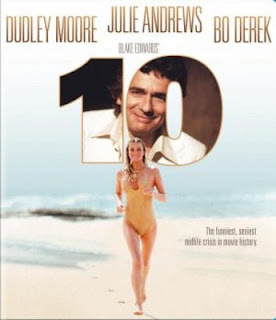 If it makes any of you rabble-rousers feel better, Guys On A Map will be launching in the future - where I will equally "exploit" and commoditize guys, all in the name of selfish monetary gain. Anyhow, there are many new features we will be adding to Girls On A Map, so like us on Facebook here to get all of the updates. What you see now is really only a small portion of what the end product will be. Eventually, the site will be a place where you come to whenever you're curious about what people look like in a particular city and country. A place where you do research for the best information and travel tips based off of the "niche interest" of girls and the pursuit of them. A place that will guide you in the right direction, then help you book the best hotels, hostels, bars, and nightclubs for your style of singles. It's a community of like-minded individuals who can offer their own advice in countries they live in and/or have traveled to extensively.

I'm very proud of this launch and the team that I've put together that has helped make this happen. When it comes down to it, I may be selfish when not flushing the toilet behind me at a friend's house, but I can't be trifled with such trivial matters as I live my life with the intention of having no regrets. Every day for the last three years I've been passionate about everything I do and you can't put a price on that. Girls On A Map is a labor of my longest love. Which in no way sounds creepy or sexual. I'm proud to present it to you.

Welcome. To the World.