How to Do the Right Thing When Breaking Up 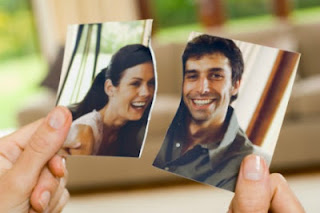 In the 98 Degrees song, "The Hardest Thing" - arguably one of the deepest, most conflicted boy-band songs ever (which is probably not that difficult), next to Usher's "You Make Me Wanna" - the band sings:

It's the hardest thing I'll ever have to do,
To turn around and walk away,
Pretending I don't love you.

I know that we'll meet again,
Fate has a place and time,
So you can get on with your life,
I've got to be cruel to be kind.

I have a friend going through an emotional breakup. It's been a long, difficult trip to recovery, exacerbated by the fact that the girl keeps calling and texting him, even though she doesn't want to be exclusive. While trying to talk my friend through it all, I can't help but become angrier and angrier at this girl who won't respect his wish for her to leave him alone so that he can recover.

This is not strictly a female trait. Many men do this to women all the time, making a drunken, late-night booty call after a break-up, even though this will set back that ex's recovery. It's my belief, that if you truly loved someone, you wouldn't let your own selfish desires trump the emotional well-being of someone you care deeply about. And it's not just about love. It's about respect.

Let's think about this. Why would a person keep someone on the line if they have repeatedly expressed - verbally and through their actions - that they don't want that person as an exclusive significant other? It's the definition of a complete dickhead, bitch, asshole, or however you want to define it. It's 100% selfish. Them continuing to reach out to you when it's convenient for them, shows a complete disregard for you as a person.

The worst part is, you can never really tell someone on the receiving end to stop answering the texts, the calls, the emails, because they are only holding onto the hope. The hope that this call is what brings them back together, even though history has shown otherwise. The hope of those highs they felt in that relationship can be replicated. They'll make excuses for them. "You don't know what we shared." "I can't explain our connection." "He/She's really a good person." "He/She didn't mean it."

This is exactly what people say when they go back to someone in an abusive relationship.

As hard as it is, the best thing you could ever do is be cruel to be kind.