Why David Jackson Means More to Us Than You'll Ever Know

In the halls of Cupertino High School, we called him "Action Jackson", or "D-Mac", but whatever nickname, it always sounded smooth, confident, cool. It fit. In a time when everyone had something bad to say about anyone, no one ever had anything bad to say about David Jackson. While everyone was working hard to fit in, making sure their pants hung just right, their hat sat at the perfect angle, or they didn't say anything stupid, David just seemed so effortless. I can't remember a time where it looked like David was trying too hard. He didn't have to impress. Everyone liked him. Anyone who had the good fortune of getting close to him or exchanging a few words, found a guy who was thoughtful, humble, and positive.

He didn't have to be. By all means, as the star athlete of the varsity football team for three years, he could've been standoffish, arrogant, and demeaning. While much lesser boys found every opportunity to display their strength to others, David imposed his will through his gracious character.

Many people will remember David Jackson for that special Friday evening, when he rushed for 417 yards and 8 touchdowns - setting Central Coast Section records and single-handedly answering every score by the rival Lynbrook Vikings in a 54 - 42 victory. What many people don't realize is that the act, while remarkable, was only a precursor to something much more difficult. He brought the school closer together. 15 years later, we still talk about that day in the stands, or on the sidelines, or even watching it on the field, as a "where were you" moment.

David Jackson was ours. A Cupertino High School treasure. While other athletes transferred, or went to private schools to better their chances at a college scholarship, David stayed at "Tino". He was loyal.

Many people knew him far greater than I did, but I can't help but remember trading jackets with him for weeks at a time in Jr. High and High School feeling just a little bit cooler than I did before - and I needed all the help I could get. Even having him wear something you owned - and vice versa - made you feel better about yourself.

Watching David's record-breaking game is still the best sporting performance I have ever seen in my life. Even after going to hundreds of amateur and professional sporting events across the world, I can't remember any other time where I have cheered, yelled, smiled, laughed, and jumped in excitement, as much as on that Friday night.

The best thing about it was that it wasn't some team of professionals making millions of dollars, or some self-indulgent kids in college, this was our team, our school, our childhood friends, our neighborhoods, this was ours. David was ours.

David Andrew Jackson passed away from cancer on Christmas Day at the age of 34.

Even as I have only seen David a handful of times over the years since graduating, I've remained a fan. Each time I ran into him, it was a moment I truly enjoyed - one of those moments you always remember. What David did in bonding all of us on that football field, he will continue to do in death. For those he knew and for those who loved him, he will be remembered well. His spirit and memory will always unite us. 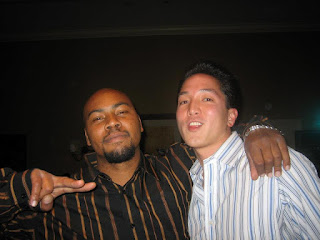 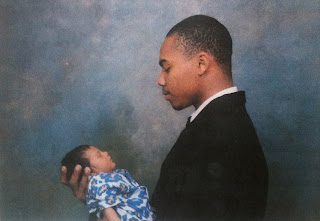 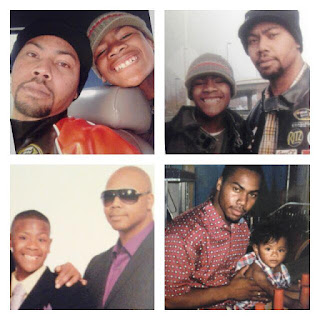 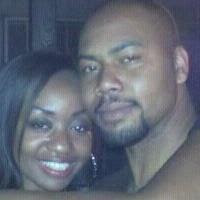 P.S. More than anything, David was a son, a husband, and a father. David's memory lives on in his 14 year old son, David Jr. For all that he's done for us and for the people he's touched, I ask that you donate to a school and college trust fund for David Jr. here.