5 Things I Learned From Movies and TV Shows 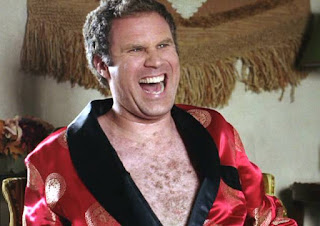 I love my movies. It's a great escape from my life at home where I need to constantly yell out for my Mom to bring my meatloaf. She never brings it. And I never know what she's doing in there. I particularly hate when my skull and crossbones don't KEEP PEOPLE OUT! That's what it's there for, for the love of God! That skull signifies YOUR skull and what will happen if you enter!!!! I totally possess the technology and steady hands to pull off a procedure like that.

I don't live at home, btw. I used to joke about it a few years ago and people think I really do. I just live in a room that's attached to my parent's house, down the same hallway. But I have a separate entrance (window). Kidding. I don't. Have a window that is.

Back to my movies - that I like to watch on my 19 inch Sony Trinitron - that have taught me much in my life. I shall carry the lessons to the end. (I've been watching a lot of Game of Thrones.) Here are a few things I've learned.

1. If you happen upon someone laying in a pool of blood (who hasn't!?!?), please do not pick up the bloody weapon laying nearby. Someone will immediately enter the area and see your shocked face holding a knife. You will most likely, then, have to go on the run or be interrogated by people who don't speak english.

2. Never split up. If there is a disturbance in the night, you can guarantee that I will recommend that we all stay together - preferably in fours - all walking with our backs to each other. If we must split up, I will say my goodbyes forever and not give one of those b.s. lines where I say, "I promise I'll see you again." Instead, I'll say, "Bury me with a can of Chef Boyardee - preferably Mini Raviolis. It feels like there are so many more when they're that tiny. Also, do you mind if I cop a feel real quick?"

3. The outcasts are people too. Always give a rose to the one-armed girl, help a midget in need, be nice to the undersized five-foot nothing football player, the band geeks, the guy who wears lipstick - I mean, who knows when he might bust out a rifle and shoot someone in the arse for you? That's why I have a smorgasbord of friends that may look like something out of a traveling circus (Vince Ramos), but those goofy bastards are about the best thing I've got going. Bless my friend, Vince, he's got a forehead like a drive-in movie theatre, but he's a good ship. So I don't bust his chops too much.

4. Every thing has life. Because of Disney movies, I am overly nice and empathetic to inanimate objects and organisms. Candle stems? Old toys? Wilson Volleyballs? Apple pie? Heck, when I'm watching porn, I practically have to flip every picture face-down, go underneath the covers and turn out the lights, lest one of the objects in my house judges me for watching The Family Guy in compromising scenes. Who knew Peter Griffin actually was that well-equipped underneath that massive round belly of his!?!? I totally slow-mo'd that scene when he was getting his prostate examined and ran out of the hospital naked. 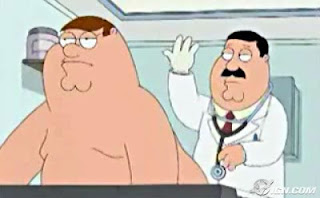 5. If you're going to torture someone, always threaten to chop off their balls first. Then, actually do it. I was totally pissed in Game of Thrones (spoiler alert!), when they let Jaime Lannister go without f*cking his sh*t up!!! Honestly, the house of Lannister would've still made a trade if they had cut Jaime's balls off, or smashed his little toes with a hammer, or used pliers to pull each one of his teeth out before switching up prisoners. Would they really have been, "Our son/brother/dad had his penis cut off?!!? Forget it. Kill him. Trade is off." And in any other movies, if someone pulls out some pliers and says they are going to ply off my penis, I would instantly say, "those Jewish kids are hiding under the floor boards." 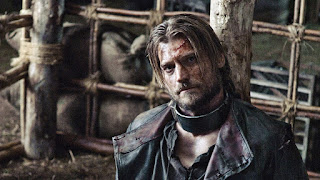 Ahhhh, I love my movies. If you follow these lessons, as I have, you, too, can be an un-heroic coward with a dark side, who talks to inanimate objects in lieu of real friendship. I like to imagine myself as the albino-like, long-haired blonde guy in The Bodyguard who had a shrine for Whitney Houston, but wasn't actually the assassin. He was just misunderstood.

He was just misunderstood.