Every once in awhile I like to write about my awesome friends that are doing cool things. I've done it here, here, and here. While I mainly love writing only about myself, as it gives me intense sensual pleasure, I realize that friendship is not about me talking about me all the time. (90% of the time will suffice.)

My friends do sometimes inspire me to stay somewhat sober at the beginning of the night so that I can hear about their interesting lives. Shortly after that, I like to make a fool of myself, while waking up with the feeling I did something extremely distasteful and embarrassing. I used to like to call up friends the next day and rehash hilarious details over what transpired the night before. Now, as my stories become more repugnant and vile, I like to avoid the people I hung out with for several weeks, in hopes that whatever I did wears off and we can all act like it never happened.

This is only the tip of the iceberg in terms of amazing friends, but I will include more in the future.

- Alda - As the person I look up to most, my sister has always balanced out my parent's expectations. When I'm feeling glum about how disappointed my parents are in me, it gives me just a tiny bit of comfort that they have my sister. And when they're yelling at me, I like to look down at my feet, fight back tears, and softly say, "at least you have Alda..." My sister recently started a company with some friends (in her spare time!), that is like the Netflix of children's books. Found at Sproutkin.com, they send you a batch of children's books that you can send back whenever you're ready for more. Keep the ones you want for as long as you want! While geared towards kids 3 - 6, it sounds like a perfect gift for my reading and maturity level! 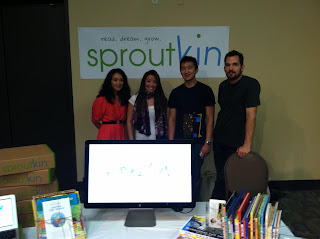 - Sara Saedi - Sara has been nothing short of amazing every time I've reached out to her for help or suggestions in the screenwriting world. While I gave up that pursuit for the time being, to further explore doing nothing, I have the honor of rooting her on in her career. Sara recently worked as a writer on an upcoming show from FOX, called The Goodwin Games. It's a comedy about three estranged siblings who must go through a series of challenges to win their late-father's inheritance. 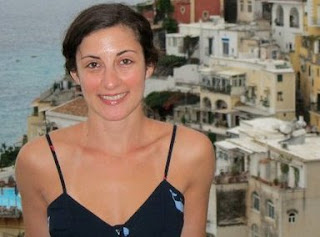 - Cole Ratias - Cole really doesn't need a shout-out, as his company, Loytr, created one of the most popular iPad apps ever, MyPad, which seamlessly integrates your Facebook, Instagram, and Twitter accounts on one platform! It has had over 40 million downloads and is constantly adding new features. Now that he's made it, I like to go to his company parties and drink his alcohol with no guilt or remorse. I bring nothing to the table and it feels good! 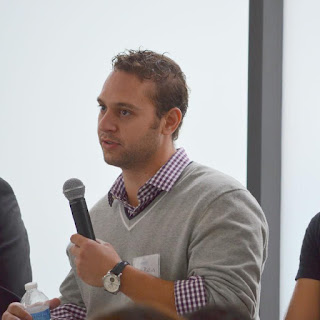 - Elsa Chang - After getting accepted into Startup Chile's program that gives entrepreneurs $40,000 to build their startup, Else moved to Santiago for the next six months and did exactly that. I like to exchange witty banter with her on gchat about entrepreneurship and imagine that she is laughing. Her iPhone app just launched - RideMatch.me - and helps users find carpooling and ridesharing options in real time. Now I'll have a ride home from that street corner I work on during the weekends. It's on the corner of 3rd and Newcomb, right in the heart of H.P., in case you're wondering... or need a handjob. - Wes Culver - Wes just got this set of reclining couch chairs - you know, the ones that also act as a sofa? So awesome! Welp.... that's it. Great job, Wes!

Okay. I'm kidding. Wes is the lead designer for a Zynga game called, Chefville. It's for the food, restaurant, entrepreneurial gamer in all of us! I started a restaurant called, Cilantro, because I love Cilantro. My next restaurant is going to be called, Balls, because I love.... MEATBALLS, you dirty SOBs! Wes used to let me sleep on his couch in the city. I assume that's why he got a new one. 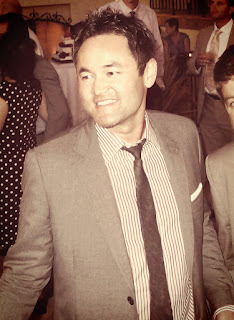 - Donna Chen - Donna is the baby-faced assassin. I don't know if that's accurate, but I've always wanted to call someone that. In reality, she is someone that I would trust with my money... if I had any. She recently started her own financial advisory and investment firm with a couple of colleagues called, SB Investment Group. I asked her if I could invest money in $10 increments. She said no. It's probably for the better, as I would be calling ALL the time asking how my investments are doing each day. Like, 10 - 12 times a day... after the markets have closed. Down $.03!?!? Has it changed since last hour? I would go straight into a depression. Then, if I happened to have a McDonald's burger that day, I would probably also call and ask that she transfer $2.00 of my investment into McDonald's stock. 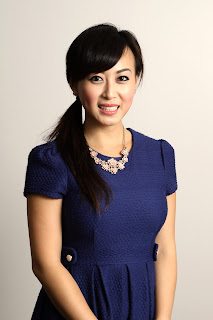 - Erin Boyle and Stefan Bloom - I kid you not when I say this is one of the coolest stores I have ever been in. Before I visited, my friend was telling me that it was the coolest store, and I thought he was just exaggerating. He wasn't. And it is. If you ever make your way out to Sacramento, go to Scout Living. It's antique and vintage stuff that will have you calling out to your friend to, "come check this out!" every few seconds. It's got an unblemished 5-star rating on Yelp and it deserves every bit of acclaim. I want to live in the store. Erin and Stefan even gave me a beer while I was browsing. They are now my best friends. 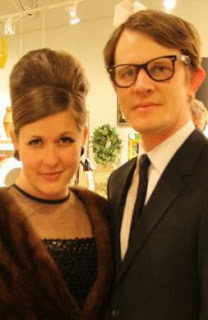 - Cary Chow - Cary is an anchor for ESPN. E-S-F*CKIN-P-N. I knew this guy when he was a rugrat working in Caspar, Wyoming. Now look at him. I will have to treat him sh*ttier next time I see him, so that he can't tell how awe-struck I am. Sadly, this was the same formula I employed when hitting on girls in Kindergarten. But with success, comes a staggering price. The poor chap now has to work and live in Bristol, Connecticut. So much for fame when you can only use it to hit on unattractive women. Why do you think Stuart Scott starting doing field work? So he could actually go to a state where cankles are not a requirement of residency! 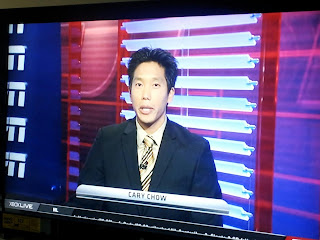 I love surrounding myself with interesting people doing great things. While these people are talented, my favorite friends are the ones I had in high school, who got me free burgers, pizza, ice cream, video game tokens, and movie theatre tickets. Now i don't get sh*t! I need me some new high school friends!

Not all of my friends are this ambitious or successful. Do you remember the guys Billy Madison hung out with at his Dad's mansion? Like Norm Macdonald? That is more along the lines of whom I mostly hang out with. And, in fact, I am "that" friend to many of you out there. See you at the pool, where I will be the one drawing a smiley face on my chest with sunblock.

P.S. To all my friends in the grind, pursuing higher education, building companies, taking care of your kids, you inspire me and I will always be here to support you.