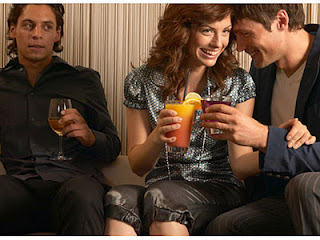 I've expressed my top annoyances of people's behavior, and also written about that atrocious Facebook thing you do, but this one is more disappointing than annoying. We've all grown accustomed to knowing several girls like this (and even some guys), that we no longer are outraged. We just give one of those sighs and a shrug, like "what else can you do?" I'm talking about those sons of b*tches who disappear when they have a boyfriend or girlfriend. And then, if they do appear, they MUST bring their significant other, robbing you of valuable "catch-up" time.

Frankly, most of those fair-weather people have been eliminated from my life. The remaining friends I have are good ones - ones who will bail you out of jail (for the 12th time), let you sleep on the couch until 3pm, won't yell at you when finding out you've been using their hair clippers to do some manscaping, pay for your drinks when you've "forgotten" your credit card "again", and get that bouncer to loosen up on the strangle-hold when you were only trying to "suggest" that he go to hell.

I have lots of girl friends - finding great value in keeping it a platonic relationship, despite their obvious interest in my family jewels. They're only human. Girls take several layers of desperation off, just by being with you at a bar - not to mention they offer excellent advice and an outlet where you can leave the machismo (normally present with your guy friends) at home. (More benefits here.) Some of my favorite friends are actually girls. That's why it saddens me on those few occasions where one of my girl friends will get into a relationship, and then drop off the face of the earth.

And most of the time, it's not because of a jealous boyfriend, it's mostly about a girl who doesn't want to give her man any inkling of concern - granted I am a rugged, dashing, un-flinchingly charismatic lothario. And it's not just girl on guy, but girl on girl (heheheehe) disappointment. Ladies (and men), stop me if you've heard these lines (okay, don't stop me, because I'll keep going):

If your guy/gal is any good, he'll understand you hanging out with your friends. Trust. That's what relationships are about. If you don't have it, then don't get married. Ultimately, it's not about the significant other. It's mostly about the weak friend who made his/her own choice to NOT make time for you anymore. I don't ever blame the sig other - we make our own choices.

In observing some of my closest friends (who seemingly have the best relationships), both members always make SOME time for their friends on one-on-one situations. Girl's night. Guy's night. That's important. Don't be like Eva Longoria and Tony Parker who had a joint bachelor/bachelorette party. You see what happened to their relationship. Don't be like Heidi Klum and Seal, covering up their relationship's flaws with excessive PDA, jealousy, and the need to be photographed together at all times. You have a healthy relationship when you spend time continuing to grow as an individual - and you can't do that by spending ALL your time with one person. But besides that, your friends deserve better. I guess they can be forgiven for having such faith that their friendship and dedication to you would be rewarded. Or, I guess not. 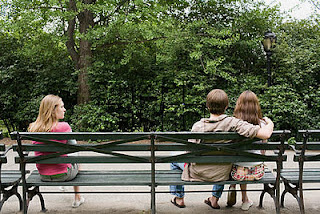 Next time your friend (guy or girl) asks you out to meet up, leave the sig other at home. At the VERY LEAST, tell the spouse "I haven't seen _____ in awhile, we're going to grab some drinks for happy hour to catch up, but why don't you come meet us for dinner after?" It's important to your friend and it should be important to you too.