I like to start every year with negativity. It's a trait my Mother taught me when she would belittle less fortunate people when they were out of earshot. It makes me feel better about my own life. With that nugget of knowledge now imparted on you, I shall name the people I would like to see "disappear" this year. 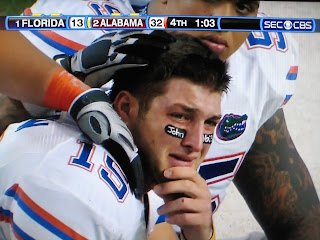 Tim Tebow - A lot of people take it as an affront on religion, but people's hatred for Tim Tebow has nothing to do with religion. It does have everything to do with the fact that he's trying to shove something down our throats by his unfiltered, virginous, bring-an-apple-to-the-teacher-every-day-type actions. I would be just as annoyed, if some atheist was like, "Before I answer that question, I'd like to thank my performance to my strong beliefs that there is NO God. I killed it out there today, while my teammates barely did a thing. Once again, No God. All me." Or, "I'd like thank my big Buddha in the sky. That morbidly obese Teddy Bear gave me everything I have and I owe it all to him." Just shut up and answer the question.

And if you're going to thank God each time, at least make it funny and mix it up each time: "Thank you, big baby Jesus, with your tiny, little, fat, balled up fists... Thank your Daddy for me for my performance and giving me the skill set to win today."

Ann Coulter - If there was ever a woman that I would want to shake the sh*t out of, it would be this moron. People who say outlandish things to get a rise out of people should have their nose hair plucked out, one at a time. Wait. Maybe you shouldn't go back and read any previous posts on this blog. Ann Coulter isn't even hot! I give her a 6 out of 10. Compared with any other media personality, I give her a 4 out of 10. She's got long, blonde hair. Great. It's only because she's not fat like Rush Limbaugh or old like Bill O'Reilly that people find her an attractive spokesperson for Republicans. She RUINS the credibility of Republicans. At least outspoken members of the Democratic left, like Bill Maher and Jon Stewart, do it with humor, civility, and self-deprecation.

Elisabeth Hasselbeck - While Ann Coulter is outrageous with what she says, I do believe she is an intelligent person. She knows what she says is going to be controversial, but it means she gets booked for more gigs and she makes more money from her writings. Elisabeth Hasselbeck, on the other hand, I believe, is just plain stupid. She was blessed with good-looks, and to the producer's benefit, she talks before thinking. Not that she is capable of processing thoughts that most people do in a split-second before opening their mouth. Hasselbeck just spews nonsense. If she were to have me on the show, she would demand that I apologize and that this is an attack on the entire female species. I also have to believe that Tim Hasselbeck's career as an NFL quarterback failed because he's an idiot. Guilty by association.

Kim Kardashian - I'd actually like to blame this one on the neanderthals out there who watch her shows and/or buy magazines with her face on the cover. At least the other people out there have some sort of talent - heck, she wasn't even THAT impressive in her sex tape - (Tebow - running skills, Coulter - perfect timing to stir the pot, Hasselbeck - dumb, active mouth, to balance out intelligent conversation), Kardashian on the other hand, is taking you suckers for a ride. This was her thought process: "Hmmm, I have no talent, but a very nice, big butt, a pretty face, and I can take a penis very well. Sh*t. Already did the sex tape. What else can I do to liven up my reality show? I got it! Let me find a moron to marry!!!!" Lay off of poor Kris Humphries. I truly believe he was hurt and got taken for a ride himself. He's just a big, dumb, jock.  Kardashian, laying out this courtship and divorce to Humphries perfectly within the timeframe of the show, is equivalent to a cool kid beating up Corky on Life Goes On. Humphries is just a poor simpleton. Shame on you, Kim!

Russell Brand - Who the heck anointed Russell Brand a movie star? He was not funny in Forgetting Sarah Marshall, nor was he funny in Get Him to The Greek. And now that his solo vehicle, Arthur, tanked at the box office, can we please find funny people for funny movies? Like Aziz Ansari. Or Andy Samberg. Somebody give those two their own movie!!! The only funny englishmen are Sacha Baron Cohen and Ricky Gervais. Russell Brand isn't even close. You were duped, Katy Perry. But now you can find yourself someone who is actually good-looking, funny, and drinks alcohol! Plus, his legs were way skinnier than yours in his skinny jeans, and that's just not flattering for you or him. 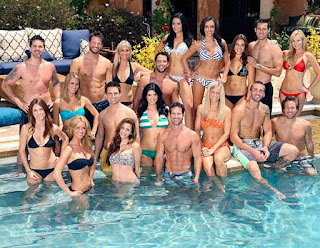 The Bachelor - I refuse to support a show that has never had a black, hispanic, or asian bachelor. So, you're telling me through 16 "bachelors" - all white - it's a fair representation of the United States demographic? Heck, even the girls they choose for the show have gotten more homogeneous. There, at least, used to be one black girl, one asian girl, and a few latinas. Hey, on the flip side, how about for the show, The Bachelorette?!? Yup. Same thing. The few times I've had to sit through a show, I find the show atrocious. I can't believe people sit through the same quotes and interviews each season. "I'm beginning to fall in love with her, I don't know what to do..." "I never thought I'd be in love with three women at the same time..." "Yes, I can see myself spending the rest of my life with her..." If you want to believe in true love, this is not it. They break up a few months after, but not before dragging you through a show where they turn over a rose in their hands for a few minutes, while cutting away to several anguished faces. Give away the stupid rose already! This is what you should do - if you must: watch the first show, make your picks, then watch the last episode. After you do that, get a noose and hang yourself. Because your life is pathetic.

People Who "Like" Their Own Status Updates - Recently, I saw something that one-upped this gem. A guy left a comment for a girl on her status update, and "liked" his own comment. I hovered over the "thumb" because I was like, "who the hell likes this stupid comment?" And it was the own guy's name. Anyhow, if you post an update on Facebook, it is inherently believed that you "like" it. What it tells the rest of the world is that you are desperately seeking attention and are narcissistic to a degree that is unhealthy. Heck, I may do the pee-pee dance in the mirror before I shower and think it's humorous, but I'm not "liking" my own dance publicly. That would be like Aziz Ansari inviting someone over to his house to watch a video of his own standup and laughing hysterically, going, "Hahahah, these jokes are dope."


So, people, you can do something about all these egregious morons. DON'T watch them. Don't buy things they endorse. In fact, boycott things they endorse. If their show comes on the air and you only have basic cable and MUST watch something? Try these two websites for quality, free programming: Hulu.com and TV.Blinkx.com. I'm pretty sure that last website is illegal, but then again, so is Marijuana and that hasn't stopped you, has it? TV Blinkx even has Life Goes On, which, if you get THAT bored, you should probably re-tie that noose again. 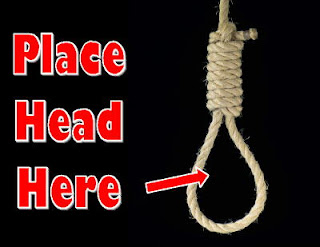 Let's make a real change in 2012. Unemployment and that fat North Korean Cartman can wait.