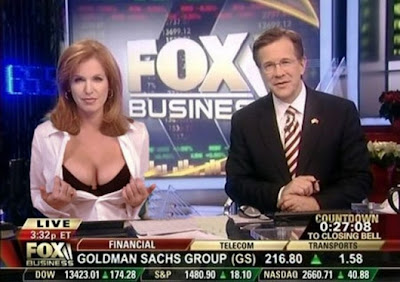 Now that I am thoroughly years removed from being a local television reporter and have assured myself of never being hired again - thanks to this blog and its references of drug use, sexual deviancy, and 5th grade-level thoughts - I think it's safe to write a tell-all post for your amusement. Frankly, being out of the news business is refreshing. I no longer have to smile at people at the grocery store, even when I'm in a bad mood. I can make inappropriate comments, openly, and loudly, through my voice and on social websites. And best of all, I can get ridiculously drunk and ask where the high school girls hang out around here and not worry about my News Director finding out.

Here are some secrets of the biz:

Every station I ever worked at had, at least, one gay newscaster. Most of the time they're Weather Anchors, because, for some reason, gay guys are really good at just talking and talking, without ever stuttering or messing up. These on-air newscasters also got the majority of female fanfare, leading me to be quite resentful. Anderson Cooper, anyone, anyone? Don Lemon? Take a good look next time you see a good-looking newscaster. Is his hair perfectly manicured? Are his clothes well-tapered and form-fitting? Is he lean? Is he just a little TOO good-looking!?? Holy sh*t. I may be gay!!!

- Those reporters that look so grief-stricken by the tragedy they're reporting on? They're cracking jokes when the camera's not on.

As inappropriate as it was, reporters, anchors, producers, and news directors, cheered for "breaking news" - which always consisted of accidents, fatalities, crime, and disaster. Out on the scene, reporters would make jokes with each other before and after reporting on murders, scandal, and heartbreak. Really, you can't blame them for this, it's a defense mechanism. Can you imagine trying to empathize every single day with someone who's gone through a tragedy? It's hard damn work interviewing someone who's lost the person that means the most to them in this world. It's on par with a doctor, losing a patient every single day and having to go in and tell the family their relative is gone. You make jokes to shield yourself from the emotional trauma.

- The on-air females are the most down-to-earth hot girls you'll ever meet.

Besides the newscasters in LA, where they could double as models (for plastic surgery), most of the women on air are the coolest girls you could meet. They can b.s. about almost any topic and do it in a witty, sarcastic way. If you think they're out of your league, they aren't. I've almost never seen a female newscaster marry someone that is equal with them on a looks-level. And I'm talking about WAY below what they could get, if looks were the only factor. You do probably have to have a job, which eliminates me, but other than that, don't be intimidated. Almost everyone had to go to a small market somewhere in the U.S. - whether it was Pocatello, Idaho, or Midland, Texas, and make $8 an hour. That doesn't leave much room for divas.

- The guys are playboys.

If they're not gay, and they're good-looking, you may find yourself willingly naked in a bed near you. Like the women, they are well-versed in every single discussion topic you can think of. As journalists, they are trained to ask questions. Lots of questions. Which is what all men should do when talking to women. And they have perfected the art of making you feel comfortable around them - less inhibited. Why do you think all these people always cry around journalists? If Oprah were a guy, she could be the Wilt Chamberlain of sexual escapades.

- Journalists have an undeserved bad rap.

There is no organization or group that is as negatively portrayed in entertainment as journalists (if you don't count the Russians - "if he dies, he dies."). Almost every movie that features a reporter, uses that reporter as someone who is low on morals and would sell their mother out for a good scoop. Anyone remember Rita Skeeter in Harry Potter? I want to punch that woman. How about Courtney Cox in the Scream movies? I cringe. Lately, it's more than just movies - the Republican party has decided to blame all of their personal shortcomings on "the media". Getting accused of sexual harassment? Blame the media! Say something ignorant or racist? Blame the media! Unemployment went up? Blame the media!

The sad part about it all, is that the media can't really fight back. They do their best to be an impartial representative that just REPORTS the news. I don't know if most people are aware of this, but the media is the most important lever we have for democracy. They are the only checks and balances that makes sure corrupt politicians are accountable and that Gov't oversight doesn't remain just that - Gov't oversight. Rod Blagojevich. Jerry Sandusky. Bernard Madoff. If the media doesn't conduct their investigations and report on them, there can be no national outrage, no coverage of what happens to those that do wrong, and no change in society.

But it's not just those that do bad. How about Jason McElwain, the autistic kid and team manager for his high school's basketball team, being rewarded for his help with some playing time in the team's last regular season game. He went on to hit 6 three-pointers and inspired a nation. Or how about Pat Tillman, giving up millions in a professional football career to voluntarily serve his country - ultimately paying with his life. Even for those that go missing or need our help, the media is not just trying to capitalize through insensitive media requests. It's those personal heartfelt pleas from family, recorded by media, that paints a picture of who it is that has been abducted or missing. Without that, the pressure on law enforcement is minimized, the volunteer search committee more difficult to organize, the people less urgent.

I'm not saying that the media should be held on a pedestal, but don't be so quick to view them with so much contempt. They have to deal with seeing some of the worst things imaginable, while working long hours, under low pay, low respect, and high stress to get the facts correct. One mistake could cost them their job. Maybe, just maybe, give them a smile and say "good luck."


I look at my friends still in the business and admire their perseverance. I feel deeply sorry for them when they move to a new city. I know and remember that initial loneliness. Oddly, in some ways I miss it. Then, I look at my parents, and not have to worry about how much older they've gotten since the last time I saw them. I look at my sister and her growing family. I look at the access I have to my best friends in the world. Then, I don't miss it so much.

Newscasters could use a hug every now and then. Maybe a hand job too, while you're at it.