This weekend I'm going to the San Diego Bay Wine & Food Festival, which got me thinking, knowledge of wine is the ultimate... aphrodisiac. I was going to say "panty dropper," but then I thought to myself that I have never in my life used that term. It's crude. And I am classy. Read previous SVB posts for further views on religious freedom, Julia Childs' best recipes, and origami as a means to peace - not war.

I must say, I beat almost all of my friends to the appreciation of wine. When they were still drinking PBRs and Popov's Vodka in college, I was buying $8 bottles of Clos Du Bois and impressing the hell out of the ladies. Up until that point, they had only recently figured out the joys of Mike's Hard Lemonade and Bartles and Jaymes Wine Coolers, so when they saw me, they saw class and sophistication. Nothing like what they see today - drunk has-been and perfect candidate for Maury's "You ARE The Father" Paternity Test Show. College was the good ol' days. Soon, my friends had jobs and taste buds that hadn't been burned off from shoveling steaming hot Carne Asada Fries into their mouths at 3am, 7 nights a week. And years later, while I was still drinking Clos Du Bois and jugs of Carlos Rossi table wine, they had moved on to Cakebread, Grgich Hills, Chateau Lafite Rothschild, and other names that made no sense.

Anyhow, I love how I have not even given you a synopsis of the post ahead - and it's already the third paragraph! I also love how I love my own thoughts and praise them in sentences as I write them. This should be the theme to Gary Shandling's Show.

Ladies love wine. If you ever want to find the best ratios, go to wine bars from happy hour until 10pm. All the best ladies - with JOBS - go to wine bars and they never stay out past 11pm. Even though I drink Carlos Rossi Chianti with a straw, I did learn just enough to trick the ladies into thinking I know a thing or two about wine. No matter what, before ordering, I will look at the menu and say "2007 was a great year for red wine." I have no idea if 2007 was a good year, but it makes me sound like I know a thing or two. Then, after having a sip of the cheapest wine on the menu, I will say, "a little oaky, with a hint of cherry and chocolate" no matter what it tastes like. EVERYTHING tastes oaky, cherry, and chocolatey if you tell someone that's what they're going to taste.

Ever notice how when you're wine tasting, you can't make out what it tastes like, but then the pourer tells you anything and you taste it again and it all makes sense? They could make something up, like, "you should taste subtle hints of asperger's" and you would be like, "oh yeah!!! I taste that!"

You should also learn to swirl wine around in your glass while it rests on the table. Then, hold it up against the light at a slanted angle, and squint your eyes together while looking at it. It makes you look sophisticated. 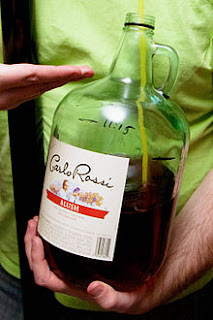 I took an art class in college. And while I couldn't understand why people painted some of the things they did throughout time, I must admit, that class has helped me seem like an intellectual when you run into the occasional beer-pong playing girl who has an Associate's Degree from Community College. Why else would I know who Fra Filippo Lippi is and be able to explain Frida Kahlo and Diego Rivera's troubled relationship!??! I am genuinely a fan of Frida, intrigued by the tragedy, pain, and turmoil in her life.... just as much as I appreciate classic works of print art, like dogs playing pool. Hah! Dogs playing pool! What irony and cleverness!!!

I recommend you young bucks brush up on some of the more popular artists of recent times: Matisse, Picasso, Van Gogh, but also find another artist that may have been overlooked or forgotten by time. And then use that artist if you ever have to in a debate at a wine bar with a girl you're trying to bag on why this artist shouldn't be forgotten. Be passionate about it, even if it's hard for you. Try thinking about that one asshole who kept killing you on Call of Duty and talking smack on that headset. That will fire you up. 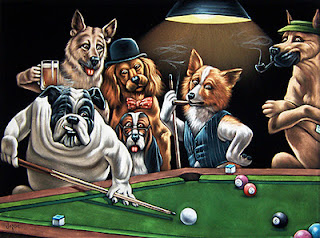 Let's keep it real here, ballroom dancing used to be for old-timers, but now it's the shiznit. If you have EVER taken a ballroom dancing class, the ratio is about 4 to 1. No joke. I have taken Salsa classes, Cha Cha, was on the ballroom dance team in college, and not one of them ever had more men than women. I am by no means any good, but the fact that I know some of the basics?!?! Cha-Cha-CHING! It breaks down that huge barrier - mentally and physically - and allows you to hold her hand AND put your body against hers in a respectful, non-grinding-to-Lil-Jon way!  So, while your friend are off playing flag football and basketball with the other dudes, why don't you do something else to increase your stock in the eyes of women?

Did you ever think what it would be like to be an army-dodger during WWI or WWII? All the guys away at war, fighting the nazis while you're at home surrounded by lonely women? Uhhh, neither did I. Errrr, those stupid, non-patriotic SOBs!!! Please don't Dixie Chicks me!!! 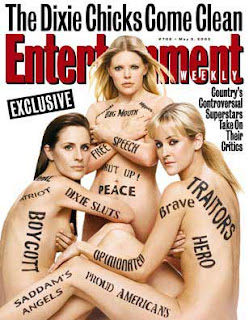 When classy needs a friend, classy comes-a-calling! I pull these tips out of my back pocket like I pull leftover chunks of puke out of my hair in the morning - with ease and familiarity. These tips are golden for that difficult-to-reach C student in college. As for me, I'll stick with Community College dropouts and GED equivalency test holders - so that I can always be the smarter one in the relationship. No one but me, will EVER make me feel dumb.

So, when burping at the top of your lungs after shotgunning a beer or laughing until milk squirts out your nose while watching Family Guy doesn't impress your lady, try wine, art, or ballroom dancing!