Home » steak » Real-World Pet Peeves That Make Me Want to Slap You, Part 1

Real-World Pet Peeves That Make Me Want to Slap You, Part 1

A little while back, I wrote a post titled, "New Ways You're Annoying Me on Facebook", promising at the conclusion that I would write one in the future on real-world annoyances. And unlike my other promises, where I tell you that I'll call you the next morning or that I am STD-free, this one I am actually making good! So since I spend at least 5% of my time outside of my laptop (don't act like you don't bring the laptop into the bathroom!), here they are. 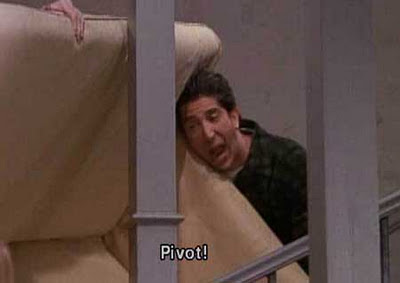 - The "Help Me Move" Annoyance - Unless I'm having sex with you or want to have sex with you, don't ask me to help you move. A long time ago, I took a class in economics, where I failed, but one of the gems I learned in that class was the value of your time. At one point, an hour of my time was worth about $45 an hour. Meaning, if I were to help you move for three hours - sweating and hating you every minute - that would be $135. The cost of a laborer outside Home Depot for that same amount of time is about $30. I don't remember what else was taught in that economics class, but $135 is a lot more that $30. I mean it when I say that I would much rather "donate" $30 to your moving cost, just to show I'm a "good friend," than spend a day laboring through narrow doorways, impossible angles, and alcohol-less small talk.

You may be thinking that this is a little drastic, but I have further background. My main vehicle was a truck for about eight years. This also overlapped college. Right at the turn of each quarter, I would get a flood of calls from people I hadn't heard from all year. I hated how they would start the call off with some small talk, like, "hey! How are you doing? How are finals going? Well... hey, you drive a truck, right?" At first I always agreed to help, (because I was in college and pretty much wanted to bone everyone), then I started getting really annoyed. I would let people go to voicemail. But they would keep calling. Those dicks! Finally, I got to the point where I would say, "I can't help you move, but you can borrow my truck. Just fill up the tank when you're done."

Sure, I have large muscles, rippled on a massive frame, held together by an endless stream of more muscles, but it doesn't mean I want to help you move. Ever. It also doesn't mean I'm not a good friend. You, on the other hand, are. For putting a friend into a direct lose-lose situation. That's not it! Almost 75% of the time, the people asking for help are violating terms that I believe to be STANDARD protocol. If you are going to ask people to help you move, this is what you should do for them:

1. Have EVERYTHING already boxed up and READY to move. EVERYTHING. We don't want to waste time, helping you tape up boxes that should've been done with your puny muscles beforehand.

2. Have a plan. I HATE It when girls smile so sweetly and expect us to come into the situation and figure everything out for them. What are we moving first? Last? What couch is going to be difficult? How did they get it in the first time? These are things we need to know.

3. Have cold water and beers readily available. Are you f*ckin kidding me when you don't have these items for people who are sweating like rickshaw drivers while you stand their doing your all-important job of keeping the door open?

4. Have a pizza delivered at some point. AND be ready to take us out for steak and ribs afterwards. If you think about it, it's actually cheaper just to hire the Home Depot folks. So do it!

Whew! I'm sorry. I haven't been this worked-up since Bella chose Edward. I mean, come on, the guy's cold to the touch, bordering on obsessive stalker, and WAAAAY older than her. Like hundreds of years!!! We have a word for that where I come from, "creepy old guy." At least I'm only 15 years older than the kids I hang out with outside 7-Eleven.