Over the last several days, I've been bombarded with a steady stream of emails, Facebook wall posts, and texts, telling me I would be perfect for Bravo's new reality television show in Silicon Valley. I guess it's a welcome change, considering the calls I normally get are from bars telling me to pick up the credit card and ID I drunkenly left behind, DVD shop owners telling me The Pourne Identity, Schindler's Fist, and Deep Space 69 are all overdue - again, and lawyers informing me about yet another restraining order. The funny thing about all these friends alerting me about this reality show is that the show's casting director ALREADY reached out to me. It turns out she found me through my blog. Here's what the listing looked like on Craigslist and what the casting director emailed me after we spoke:

Are you a young, successful, professional living in America's most emerging area -- Silicon Valley?
Whether you're in law, business, technology, film, advertising, medical, culinary... any career goes, as long as you're living life in the fast lane, we want to hear from you!


How about a hotshot lawyer, who works hard from 9-5 but parties even harder after dark? Maybe you just got your break working at one of the biggest internet companies burning through the late-night hours and partying in the even later ones? Or maybe you're a middle school teacher in a small suburb, but you have a secret wild side?

(The major cable network is Bravo, home to Top Chef and the Real Housewives series.)

First off, I'd like to thank my friends for believing that I am, one, successful; and, two, hard partying. It's good that "successful" is such an arbitrary and subjective term. I don't mean to brag, but I did use to be lead milk-shake maker at my dad's Foster's Freeze. It's not easy to get the proper combination of thickness and straw-drinkability. The high school kids really looked up to me. What is probably more likely is that my friends believe me to be "parties even harder after dark," and "wild side." I won't lie to you, I don't know anyone who parties as much, and as recklessly, with blatant disregard of social norms and personal health. 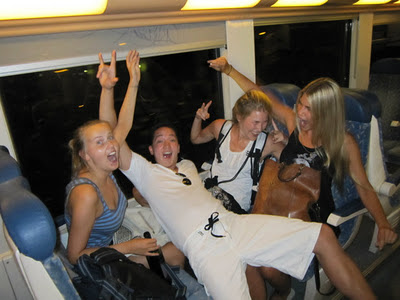 I have some real hesitation that a correct version of Silicon Valley will be on display in the reality series. For one, I am pretty sure that the "biggest internet companies" will not allow their likeness to be openly flaunted at the discretion of a reality producer. I also have serious reservations that the show will find attractive enough people to showcase, because, let's face it, people don't want to watch a show with ugly people. Silicon Valley is just not sexy. I live in a neighborhood where I don't associate with any of my neighbors, mostly because they are engineers, programmers, and have families (and are not around at 2pm when I wake up). It's damn expensive living in "the Valley" and people who can afford to live here are just plain boring. That's why, regardless of social situation, I get ridiculously wasted, so that at least one person is going to have a fun time. I'm what people like to call, "a shit show."

It's like being the "funny, fat friend" and forever having to do things to make people laugh, when really, inside, you're hurting. Each joke is just a way of hiding the pain and shame from the latest binge-eating session. It's what people expect of you. But I don't do anything because people "expect" this type of behavior from me, I genuinely have fun, and get a kick out of waking up in my clothes. Again. I giggle, laugh, and decide that I will wear the same clothes all day to save time. And this Gatorade will substitute for toothpaste. 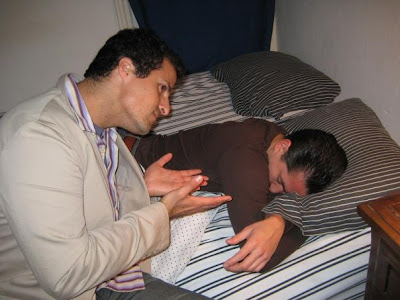 I have learned to entertain myself and look at the positive in every situation - maybe this is what Bravo's reality show has in mind. They are picking ten people. If I decide I want to do this show, I most likely will never tell my parents the show times or air dates. Although, I'm sure, eating Jack in the Box tacos at 3am in my car on Tuesday night and passing out in my seat with a taco on my chest is something that would make them really proud. They would show this to their friends via VHS cassette tape any time they had company. I also believe the politicians of Silicon Valley will embrace my selection, similar to the huge outpouring of support from New Jersey politicians around Jersey Shore.

I'm scheduled to meet the producers this week, but I'm not sure how much of my life I want to broadcast. Watching Deep Space 69 is something I like to do alone. I cry every time the Klingons get it in the ass... and I mean that, literally. Decisions, decisions....