The Best Party I Have Ever Blacked Out In

As an "International Man of Leisure" (haha, thanks, Sis, for that affectionate moniker), I have been to my fair share of parties. In fact, after every weekend, I will probably say this to you when rehashing the details: "swear to God, bro, BEST. PARTY. I'VE. EVER. BEEN. TO." Which, of course, is mostly consummated and endeared in my mind because the night probably ended with a run to Taco Bravo, where I gorged on two Taco Delights, when the normal man is only supposed to eat one. But I kid you not, it will take a lot more than two Taco Delights to top Sean Parker's impromptu party - put together in 48 hours to celebrate the announcement of Spotify and Facebook's partnership.

Sean Parker, famously portrayed by Justin Timberlake in The Social Network, also happens to be this month's Forbes cover boy. He cracked the richest list with a value of $1.6 Billion dollars. On another note, I cracked the poorest list, with a value of $27.13 - which includes career and future earnings. 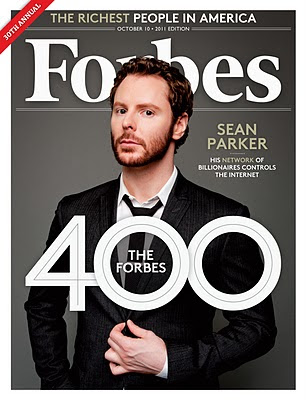 The party happened just a few weeks ago, but I'll never forget it. Well... all the parts until I blacked out. Who else puts together a party for about 200 people and has The Killers, Jane's Addiction, Kaskade, and Snoop Dogg flown to San Francisco to perform?!?! On 48 hours notice? Did I mention that Stanlee Gatti designed the warehouse where the party was located? In 48 hours? Not even Eddie Murphy and Nick Nolte could pull something like that off. It put almost every San Francisco nightclub to shame. 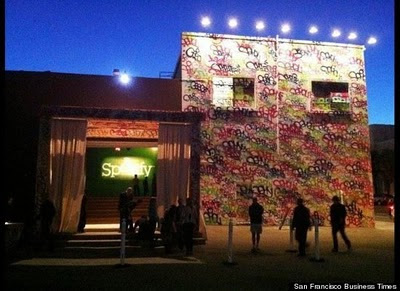 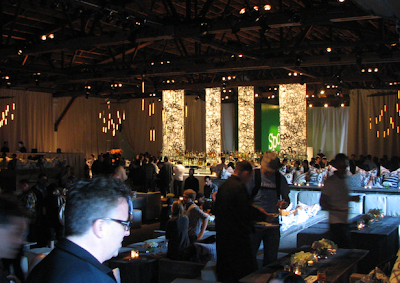 I had to Google Stanlee Gatti, but I was pretty darn impressed. Either he wrote his own Wikipedia page, or he is legitimately a man of note. I wish I had a Wikipedia page. It would probably go something like this:

"Kevin L. is an American blogger. He finished third in 1990 at a 5th Grade Science Fair at Sam Houston Elementary School in Huntsville, Texas. He has been hanging onto that accomplishment ever since, telling his mother that third place finishers don't have to "work" for a living. When ordering food at Panda Express, he often asks if there's a discount for Science Fair winners. When told that there is not, he often flies into a rage, yelling obscenities and mumbling words that compare his third place award to that of a Purple Heart or Congressional Medal of Honor. Kevin is banned from all 1400 Panda Express locations in the United States and Puerto Rico. His third place finish has never been confirmed."

When I first walked into the building that doesn't even have a name, (because it was empty 48 hours prior!), I was just trying to act like I belonged. 'Maybe people will think I'm an internet millionaire' - I thought to myself as I sported my unisex white jeans and tennies. But then I thought, 'damnit! I'm too good-looking, no one will ever believe that I'm an internet nerd!' But as I looked at the spread of over-the-top free food: lobster, oysters, crab, shrimp, spit-roasted pork (see below), and TOP-SHELF open bar by Rye SF, I stopped caring who people thought I was. I quickly set out to try every bourbon that was, literally, on the top shelf that I had never tried nor heard of before - Hibiki 12, Maker's 46.... Heck, there was $130 bottles of Deleon Tequila next to EVERY chair in the front by the stage. It was like heaven on earth. 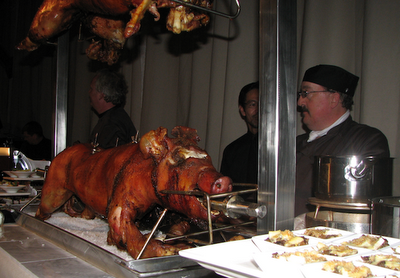 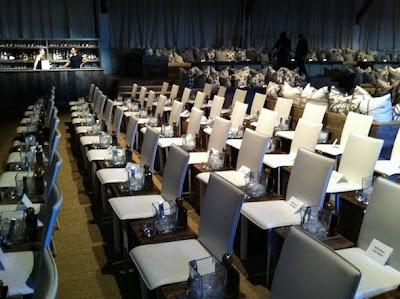 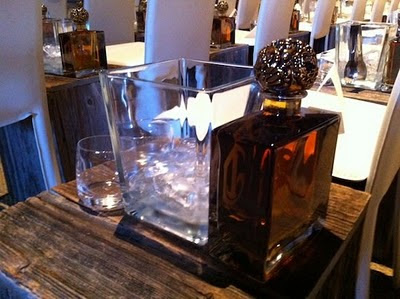 Willie Brown was in attendance. Former SF mayor! Danielle Steele was at this party. She writes books! I don't read them, but I've seen them on the racks at the airport. At one point, during Snoop Dogg's set, I looked to my left and I was standing right next to Mark Zuckerberg and his girlfriend. I could've touched his face. We made eye contact. I gave him the "I'd fuck the sh*t out of you" look and he quickly moved away from me. It was awesome. The guy founded Facebook! The circles he runs in, I'm separated by a FULL six degrees, but all it takes is one person for me to be just a couple of degrees away from a LinkedIn request!!!! After that, we'll be inseparable!!! People will ask me for LinkedIn intros, but I will reject them, laugh, and tell them stories about how, "when Zuck-Dog and I hung out at Sean's party with Snoop...." 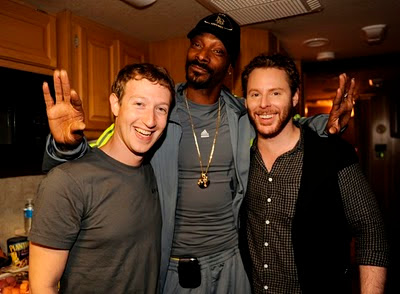 I have been to many parties where there's been free booze (my parent's liquor cabinet), and I've been to many parties and ate lavishly (when my parents are paying), but no party has ever combined top-everything under one roof and put me next to that guy who married Carmen Electra and Snoop Dogg! It was kind of surreal. It reminded me of those unplugged sessions that MTV used to do with artists and there would be like 50 people sitting in chairs watching. Only there were no chairs here. You could walk right up to them if you'd like. It was like renting out your own private karaoke room, complete with Snoop Dogg. Looking at the pics, it's like, 'let's put Snoop Dogg in a room with people who don't look like they should be hanging out with Snoop Dogg.' Look! Crazy. 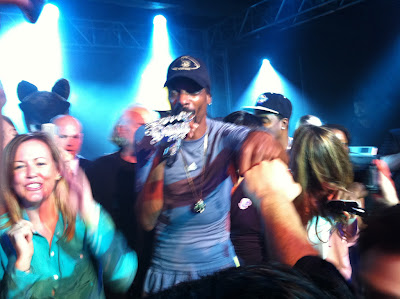 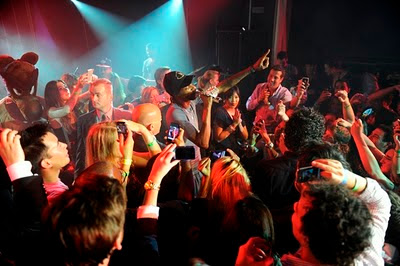 Not ONE person holding anyone back. That security guard that looks like Bill Murray wasn't going to do jack. Too Short even showed up to party! 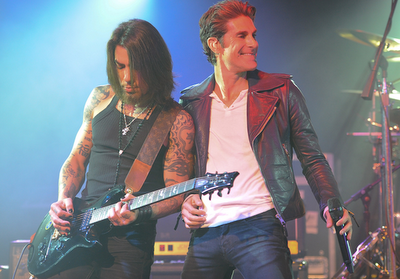 After gorging myself with pounds of pre-cracked crab and guzzling booze as if it were Gatorade, I blacked out somewhere during the middle of everyone jumping on stage with Snoop. It was amazing. While I woke up in the morning fully-clothed with no recollection of how I got home and so many whiskey stained spills on my white jeans, that it looked like I bought leopard-print pants, for once, it didn't matter that my night didn't end up with Taco Bravo.

I once thought I hit my peak in 5th grade, but I was wrong. I was wrong. Now I know that my life is truly on a downhill trajectory from here. Raiding my parent's liquor cabinet will never be the same....