Home » The Daily Beast » Will Our Marriage Survive? The Brutal Stats on Divorce

Will Our Marriage Survive? The Brutal Stats on Divorce 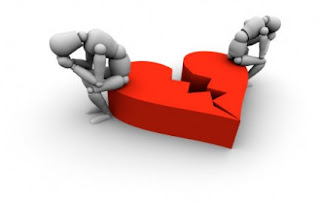 I've been referred to as a number of things by my readers: "The Carrie Bradshaw of Bachelors," "The Tucker Max of Silicon Valley," and "A Stupid Idiot," amongst other things. But now, we might have to add another moniker.... "The Jack Kevorkian of Marriage." 50% of marriages end up in divorce. Will you be one of them? Are there pre-existing determining factors? As smart as I am, I can't help everyone out! Take for instance my lone friend who is divorced - maybe next time he'll read into my subtle conversational hints I had with him on his future wife:
HIM: "Do you want to go out for Happy Hour this Thursday?"
ME: "Is *Blank* going?"
HIM: "Yes."
ME: "Then, no. Call me when she's dead."
She didn't die, of course, and I ended up having to give a best man speech that pretended to like her!!! It was hell, I tell ya. HELL! It basically went like this:
"I love (Groom) and I will never forget the adventures we shared and the adventures yet to come. I will always be here for him, blah, blah, blah... oh, and then he found (Bride) - I guess she balances him out in some unknown way - although I can't see it. Nice dress selection. Cheers."
So, without further ado, I will tell you some of my preconceived notions on determining factors of divorce and then I shall cross-check them with scientific studies. Accuracy in my writing is key (see blog subheading: ... "tantalizingly handsome." It's science.)
SVB Assumption #1: If both the bride and groom's parents are divorced, then this INCREASES your likelihood of divorce.
- A foundation built on first-hand observation is pretty key, in my book. But then again, so is the preparation of a mean Sloppy Joe.
#2: If the couple is overly superficial, shallow and conspicuous...
- I think if a couple is constantly thinking about fashion, working out, and wondering what's the latest and greatest, then that tells me they could be prone to making impulse decisions. For instance, trading in your wife for a newer model when her looks fade, or sleeping with a coworker because your husband doesn't lust after you the way he used to, or making bad financial decisions by buying things you can't or don't need, when you can barely afford them.
#3: Bad sex!
- I recently had a few friends who told me about some of their exes, whom they dated for awhile, that never engaged in oral sex. REALLY!?!?! Everyone tells me that the importance of sex will fade, but it should still be good when you DO do it! And openness with our bodies with someone you care about is truly something that brings great joy to all involved. It's a craft and a lifelong art. Take it from me, I am about as "open" as can be. I've had things jammed into every orifice of my body. Most of the time, I lay there sobbing and yelling out, "PLEEEAAASE STOP!!!" But sometimes it feels tingly and bearable.
#4: Lack of Compromises.
-  I am a HUGE communicator. I think people need to be very considerate of their significant others if they want their marriages to last. It's the lack of consideration and compromises that builds and wears you down in a relationship. If you always feel the need to prove to your spouse you're right, then this can lead to a very resentful and imbalanced relationship. Me, for instance, I'm very rational and I don't need to win all the time. I only raise my voice if I feel you're wrong and I'm right - and very rarely am I wrong. 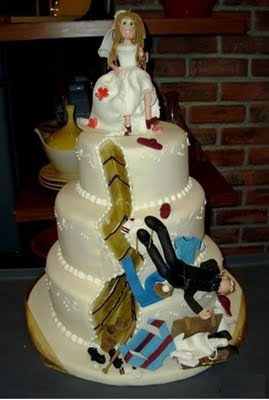 Here is the actual list of the 15 Ways to Predict Divorce (source, The Daily Beast, which also makes attributions to the corresponding studies). My unnecessary social commentary is in turquoise:
1. If you're a married American, your marriage is between 40 and 50% likely to end in divorce. Told you!
2. If you live in a red state, you're 27% more likely to get divorced than if you live in a blue state. It has something to do with getting married to your cousin at 17 in red states.
3. If you argue with your spouse about finances once a week, your marriage is 30% more likely to end in divorce than if you argue about it less frequently. I only argue about how hot Snooki is on one given day to another.
4. If your parents were divorced, you're at least 40% more likely to get divorced than if they weren't. If your parents married after divorcing, you're 91% more likely to get divorced. My genius has been proven yet again!
5. If only one partner in your marriage is a smoker, you're 75% to 91% more likely to divorce than smokers who are married to fellow smokers. Smoking is a deal-breaker for me. It's gross, prematurely ages you, and is a sign of weakness.
6. If you have a daughter, you're nearly 5% more likely to divorce than if you have a son. This one's interesting - something about fathers being more invested in the family when there's a son.
7. If you're an evangelical Christian adult who has been married, there's a 26% likelihood that you've been divorced - compared to a 28% chance for catholics and a 38% chance for non-Christians. 30% for atheists, so don't start church bashing...
8. If you live in Wayne County, Indiana, and are over 15 years old, there's a 19.2% chance that you've been divorced. Divorcees are the easiest hookups ever. Wayne County, IN for your next guy's weekend!
9. If both you and your partner have had previous marriages, you're 90% more likely to get divorced than if this had been the first marriage for both of you.
10. If you're a woman two or more years older than your husband, your marriage is 53% more likely to end in divorce than if he was one year younger to three years older.
11. If you're of "below average" intelligence, you're 50% more likely to be divorced than those of "above average" intelligence. SH*T! I'm screwed.
12. If you've been diagnosed with cervical cancer, your likelihood of getting divorced is 40% higher than standard rates; it's 20% higher if you've been diagnosed with testicular cancer. Whew! Good thing I only have the herps!
13. If you have twins or triplets, your marriage is 17% more likely to end in divorce than if your children are not multiple births. Don't worry, Sis. This is only because of the financial stress it causes.
14. If you're a female serial cohabiter - a woman who has lived with more than one partner before your first marriage - then you're 40% more likely to get divorced than women who have never done so. I knew there was something bad about this. (Feel free to quote my responses in scientific journals.)
15. If you're in a male same-sex marriage, it's 50% more likely to end in divorce than a heterosexual marriage. If you're in a female same-sex marriage, this figure soars to 167%. No info on transgender people who marry transgender people. I will let you know after I perform first-hand experiments.
If you find yourself a member of one or more on this list - don't take it as a sign of doom. Just know that you have to always work at your relationship. It's a percentages game, but one that, hopefully, as you look at your loving partner, you're going to want to fight for. And, even though it didn't make the list, have some good-arse sex and get a little freaky. Who doesn't come out happy when exchanging bodily fluid and releasing endorphins - which make you happy. And happy people don't get divorced. (Thanks, Elle Woods!) They just don't.
Sincerely,
Kevin L.
The Relationship Bachelor
P.S. See! I'm a rational, upside Dr. Kevorkian... The only statistic I know is that you are 100% more likely to be dumber, following the reading of one of my blog posts.