Home » traveling » How to NOT Talk About Your Ex When Dating

How to NOT Talk About Your Ex When Dating 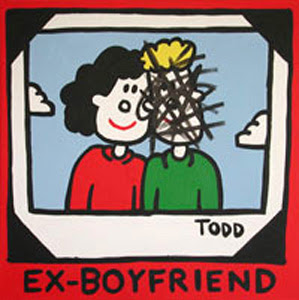 Unless you’re Mormon and have claimed the 17 year old in front of you as the future wife of your eight kids, you are probably going to be dating someone who has had an ex. Gross, isn’t it? To think that you are getting sloppy seconds or sloppy hundreds, depending on whether you are with me (EWWW, GROSSER!), and that someone may have surpassed your sexual prowess of three minute pleasuregasms, it’s enough to make any person vomit all over themselves. As we get older, it’s just an inevitability that the person you’re with has already tried that move where you put your head under her leg under my arm under her toe. And that’s fine. Any self-respecting, confident person can and should be able to deal with this fact, and the fact that this person has many other experiences with other people. Ladies, I should come clean now and tell you that when I pull out my Enrique Iglesias seduction move on you, it’s not the first time. But for all intents and purposes, you will believe that it is. The key in successfully navigating new relationships is how you talk about your ex – or, rather, DON’T talk about the ex.
Of the few pet peeves I have, this is one of them. It’s not because I’m jealous, it’s because my ego is so overinflated, that I like to think of myself as conquering new territories where no man has gone before. And if you’ve been broken up with before by a guy, this is DEFINITELY something I don’t want to hear. My ego tells me that I want to be with someone who is the cream of the crop - a person who has had the most discriminating of palates and has done all the breaking on the way towards finding fulfillment in yours truly. My ego also tells me that martians want to abduct my body for sexual experimentations. I would totally make sweet alien love. I've seen Species, I know how to satisfy them. Although, in movies, the ones that hookup with Aliens are usually killed during the act. I’ll cross my fingers for a better outcome.
As I think back to the women that I have dated the longest, they all never talked about exes. They were individuals and confident, which I find very sexy. I’m glad that as I get older, I don’t have to answer questions like, “have you ever cheated?” or “how many women have you slept with?” I think they’re relatively irrelevant questions that always come back to haunt you during a later argument or becomes a pent up bundle of insecurity that explodes years down the line. I prefer my explosions to culminate with, “Oh shoot, sorry. I owe you one next time. Good night!!!”
Here are some common instances where mentions of an ex slip out and what you can say instead:
I think it’s really important to take some time off after an ex. Make some bad choices out there and don’t feel guilty about it. Learn who you are as an individual before dating again. Spend time alone and get the ex out of your system so that you don’t have to constantly refer to him/her. It will be hard, but that pain is very character building - something you haven’t previously had to endure with the mindless comfort that your ex provided. Take it from me – I’ve spent the last five years being single and now I truly know who I am: A meatloaf-loving funeral crasher who will nunchuck this sh*t out of you.
I don’t have all the answers in love, but I have most of them. And I wish you the best in a relationship that builds forward rather than mires in your past. I can see the start already, and it’s a beautiful one… (and this may be awkward, but in my vision, you’re naked. Both you and the guy.)
Sincerely,
Kevin L.
The Silicon Valley Bachelor