The Top 10 Hardest Things About Being Single

By Kevin Leu • 5:37:00 AM • Silicon Valley Bachelor Ten Hardest Things About Being Single The Blow Off • Comments : 4

My friend, Sara, recently posted her "Top Ten Hardest Things About Being in a Relationship". Several of them I have yet to experience, as I have never lived with a significant other - I'm saving myself - like Shanice taught me to... "I'm saving forever for you-uuuuuuuu, baby, you are the only one, I'd ever give forever to..." Some of the 10 on the list sounded just downright awful:

This one really worries me, as I maintain this svelte figure of mine through a relentlessly tireless metabolism. I thank it when I go to the beach and take off my shirt... and all the children run screaming, as the women swoon, of course. And then I curse it, when I am out on that honeymoon period of first dates and I must go to the pooper in her apartment. That's when I pray for a loud exhaust fan and copious amounts of air freshener.

2. "No more firsts.... it is a little weird to think you won't have another great first kiss or first date or first bang."

W.T.F.!!!!! That's what a relationship entails!??! No wonder I have been girlfriend-less for the last six years. Personally, I LOOOOOVE first kisses. I have about five of them each week. I'm usually blacked out, but I'm pretty sure most of them are with females, so that's a plus...

Well, you should read the rest of the Top Ten by clicking here to TheBlowOff.com.


As for my purposes, I shall rebut with "The Top Ten Hardest Things About Being Single": 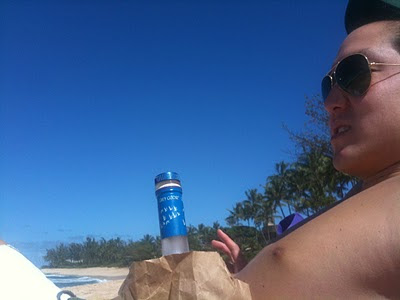 10. Eating by yourself really sucks. And I do it a lot. Instead of having your significant other order something that looks equally appetizing so that you can both share, you must choose one and run with it. Therefore, I have yet to try anything else besides a Barbacoa burrito at Chipotle, lest I don't like what I ordered and ruin my entire meal.


9. Unlimited boob touchage. You guys and gals know what I'm talking about. There always comes to a point where you're just allowed to grab her boobs whenever you want. It can be during a telecast of the Laker's game and during a timeout you do a reach-over boob grab, then take a sip of your beer as if nothing is out of the ordinary. Or during a car ride, where you put your hand down her v-neck shirt, leave it there, and drive-on in silence.


8. Alienation. Your couple friends just don't invite you out anymore. I get all sad when seeing pics of them out together on Facebook. It makes me try harder with the girls when I see them - in hopes they'll invite me out next time. "Oh.Em.Gee., is that Sephora by OP you're wearing!??! You go girlfriend!" Alas, my attempts at offering tips on the best female hygienic products also falls flat.


7. Friends. As a result of #8, my going out friends get younger and younger. Pretty soon, people will ask them, "hey, is this your Dad?" Or worse yet, "who's the creepy old guy you came with?"


6. Splitting the bills. I think down the line, the girl will pay about a third of the time. Can anyone confirm? Since I never make it that far, I am essentially paying 100% of the time. It's wonderful.


5. Weddings. The older I get, the less fun weddings become without a date. Couples in their early 30s are starting to run out of eligible bachelorette friends. And no offense, but the ones left over are like the rejects with some huge character flaw. Like, she dated a guy for 10 years and he didn't want to marry her, so now here she is with no personality because she missed out on her 20s and never had to work at being interesting.


4. Spooning. I don't know about you, but it feels so darn good to spoon in five minute increments during the night and morning. I mean, I've unconsciously spooned girls I'm not interested in and then I realize it and become grossed out, but I miss just being so into someone and holding them when you're both so vulnerable and uninhibited. Sigh.


3. Movies. I want to go watch movies - not all the time - but some of the time. And asking your guy friends to go watch a movie is always a little weird. It's like double dutch jump roping. Do I sit next to him? Who gets the arm rest? What if our elbows accidentally touch? Should we do the macho guy thing and leave a seat inbetween the both of us?!? It's just too complicated.


1. Designated Driver. Everyone knows that I am going to get more drunk than anyone else at the bar, therefore eliminating myself as a viable option for a ride home or even comprehensible conversation. I often remember hearing: "Kevin, everything you just said made me dumber." Most girls know that I get so sloppy, that I ruin their buzz, relegating them to a sigh and, "I guess I'm driving us home tonight..." Oh, man... I miss relationships. 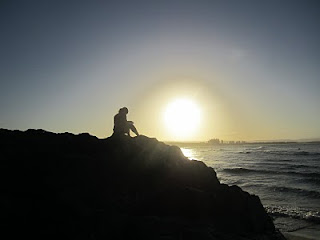