The Difference of Dating in Silicon Valley and Los Angeles

Sometimes I think I'm destined to roam the world alone like Julia Gulia and the Incredible Hulk. If only someone would hold me and tell me everything's going to be alright.....  I'm now three months in on this prediction that some girl is going to make an honest man out of me by year's end - and, still, nothing. I'm even willing to settle. Now, everyone tells you not to settle, but whatever. I'm tired of my Mom nagging. I should tell you, I have been a top commodity on the eligible bachelor scene for quite some time. Who wouldn't want to breed with a guy whose high school GPA was 2.28, cracked quadruple digits on the SATs, sleeps 10+ hours a day, loves to listen to the sound of his own voice, and can open, microwave, and eat a can of Chef Boyardee in four minutes flat?!?! I don't know about you, but I'm aroused by my own impressive accomplishments.

I shall list more of them now (FYI - most of these took place during high school when I hit my peak at 17):

Yikes! I could go on and on... but, for you women, I don't want you to salivate anymore than you already have.

It's a shame the most intriguing women I've met live in other states and countries. Sadly, I do not believe in long-distance relationships, even though I've met some outstanding women that way. I think it can work if you've spent time in the initial stages living in the same city, but it's a tough proposition to start a relationship from the outset in two different cities.

Alas, let me tell you of the two areas I have lived in and the different, but similar, dating options. Silicon Valley. I actually believe it's easier to meet and date women in SV, even though the ratio of males to females is so horrendous. What it comes down to is that the guys in the area don't have the balls to go up to girls - engineers, computer programers, construction workers who don't speak english, etc., rarely do. I, on the other hand, get so completely sh*t-faced, that it would take a shot of Jaeger to keep me from walking up to someone I think is attractive. The only problem in SV is that the women are just not that attractive.

I know your parents and Disney movies warmed you up to the idea of looking at what's in the inside, so that you might be a less superficial, shallow person. Well I never bought into it!!! I'd rather have Gaston and Prince Humperdinck (if I were a frilly female), than a toad or a furry beast. Oh, and did I mention that they don't even stay that way!?!? The frog and the Beast magically turn into pretty good-looking dudes - am I right, or am I right? What kind of lesson is that!?!?

In Los Angeles, hot females can be found by the boatload. The problem here is that the guys have just as much courage as you do, and these women are no strangers to being hit on. Because of that, it makes them more skeptical of your intentions. Some of the phone numbers I have gotten in LA had me thinking (in my near blacked-out state), that this is it for me. This is the girl (.... at least looks-wise). In Silicon Valley, (in my blacked-out state), I would wake up thinking, "holy moly, I hope to GOD the girl I was making out with wasn't a dude." Or the best is when I get that text from my friends the next morning, "you were making out with a fat chick last night." (That's their words, not mine. I wouldn't use the word "fat." I would say "robust" or "full-figured." So BACK OFF!!!!)

LA girls are insecure, insincere, uninteresting, and downright flakey. I can't say that I have met one person out in LA who thinks the dating scene is NOT atrocious. You can just see the look in people's eyes - guy or girl - when they're telling you about it. It's the look of pessimism and defeat. Maybe I should stop meeting girls in bars, like my Momma told me when I was 13, but LA gals are a dejected bunch. I think they're so used to fast-talking men who are full of BS, that when I tell them about my 3rd place finish at the science fair, they immediately think I'm lying.

Ladies. It was real. I have the trophy. (Next to my Tony Gwynn Bobble Head at my parent's house.)

On the heels of my Pulitzer-nominated piece on the difficulties of being single, let me make something clear - being in a relationship and being single are FAR easier than trying to date with the intentions of relationship status. My Facebook profile has never changed from "single" - and with the prospects presented by the state of California, I don't see that changing anytime soon. 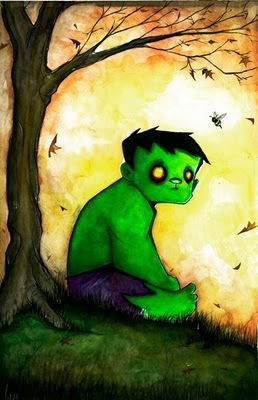