I've got a feeling that this is the year that I go from being the Silicon Valley Bachelor to the Silicon Valley Boyfriend! The great part is that the initials stay the same! S-V-B! Which is a major relief, because I only stopped writing my name on my hand last year. Sorry, Kelly Bundy, looks like it's just you now. (And, no, your name isn't the new Allante...) I don't know what it is, but the time just feels right. I haven't had a girlfriend since 2005 and I've traveled to maybe 30 countries as a swinging, singing, bachelor in that timespan. I mean, how many more oats do I have left to sow?!?!? I'm 32, unemployed, with zero assets to my name. I am a hot commodity right now!!!

I also can't say that I have let any girls slip through my fingers that I regret (... maybe one - but she deserved better). I have been largely a very, VERY picky guy. This may stem from the fact that my Mother used to make fun of ugly people. Truth. It was funny, but that kind of thing sticks with you when you're an impressionable four year old.

Here is my criteria, that I have thus far been unable to find in 32 years (and I tried REALLY hard from zero to seven years old), for what I look for in a natural woman (Aretha Franklin shout-out):


1. A REAL J-O-B. It sounds simple, but somehow the SVB manages to attract illegal immigrants from Poland, strippers who were abandoned by their fathers at very young ages, and many other charity cases, like Adam Sandler attracts Rob Schneider come movie time. (Rob: Hey Buddy, I heard you were making a movie.....) I don't need a woman who makes an exorbitant amount of money, but I'd like her to have something steady - because Lord knows, I don't plan on working! I just want to be the trophy husband who doesn't mettle in conversations when her friends are over. I will smile politely when directly addressed and defer all answers to my spouse.


2. EXCELLENT GENETICS. I've already told you that my Mom made fun of ugly people growing up. I'm 6'1, 175, and I'd like to marry someone pretty. Since I never made it in professional sports, I wouldn't mind a 5'10, 130, 32-24-32, gal who excelled in all varsity sports. This will give my child an excellent chance at having a father who will be in the picture. I'll be much more likely to drink my whiskey-filled flask at sporting events, while yelling obscenities at the refs, coaches, and other parents, if my child doesn't embarrass me with a strikeout. If they falter in sports, I will send the child to live with the in-laws. My female companion can also be of a shorter stature, as long as they don't get fat on me after shooting out a couple of stud soccer players.


3. MISS INDEPENDENT. I want a girl who "wants me, but don't need me." My boy, Neyo, said that. I'd also like her to pay the bills and say, "I got it, I got it. No doubt." As an independent woman, I want her to have lots of friends and a freakin awesome family. A family that makes a feast on random weekends and everyone sits around drinking beer and making fun of each other. That would be sweet, because my family doesn't do that. We make fun of each other minus the beer. Sucks. So, I'm thinking she has to be Latin, Vietnamese, or come from a blue-collar family. On top of that, when we're at clubs - I want her to be able to dance with her friends and we can come together if we want to on the dance floor or back in the bedroom. I don't want us to be joined at the hip all night when going out. "Mmm, she gon' steal my heart, ain't no doubt about it...."


4. A COOK. For some reason, I don't attract women who cook for me. They're always busy dancing on tables or doing keg stands, therefore forcing me to shell out $6 to $7 for all of her meals. I mean, I'm not MADE of money! That's not even counting the gas money it takes to drive to Taco Bell or Wendy's.... For once, I'd like a gal to say, "you know what? I will skip my turn on the mechanical bull and whip you up one of those ham and cheese sandwiches you're always eating..." I would straight up get down on one knee at that point - and sing Color Me Badd's "I Wanna Sex You Up" - you know, something classy.


5. A BORDERLINE SEXUAL DEVIANT. I get bored kind of easily. Communication, openness, and variety can cure that. I want to make you feel sexy and I want you to make me feel the same. Be comfortable in your own skin, because my Mom won't be around to judge you in your nakedness. She will at some point, but not initially. And I don't have to have sex all the time, only 3-4 times... a day. There are limits here. I don't want someone who I feel like has done everything in her life. You gotta make it feel like you're introducing ideas for the first time ever. I would freak if some girl started making me call her slutty names and pulls out a strap-on from her nightstand. You've got to wait until the second date for things like that....


6. ABILITY TO LEARN NEW TRICKS. This kind of goes hand-in-hand with #5, but it has a lot of implications on the everyday relationship. I want a girl who has an open mind and wants to try new things. This comes in the form of wanting to travel to an exotic beach locale, as well as learn about the local indigenous tribes and the way they live. It also comes in the form of going to see a neighboring high school musical one day, cocktails and a museum another, beers and a football game another, and a cocaine-binged stripper fest with Charlie Sheen on then another.  We can still watch TV shows here and there, but I would prefer that we don't become beholden to a schedule to catch them. And those TV shows have to begin with NBA, NFL, Dexter, Mad Men, Family Guy, Entourage, Californication, and Glee.


Well, there you have it. A female's guide to winning the guy of her dreams. ME!!!! So study it, memorize it, practice it, and don't show me your true side until after I have given you that ring that my two months salary buys. See below on your options: 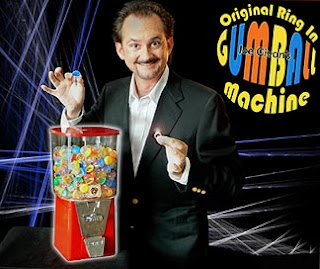