Home » Silicon Valley Bachelor » Top 5 Gifts So That She'll Never, EVER Forget About You (Even When She's Married to Someone Way Better Than You)

Top 5 Gifts So That She'll Never, EVER Forget About You (Even When She's Married to Someone Way Better Than You)

I like to leave a lasting impression on women I date. Whether by spilling my entire drink on her couch and then casually pulling out a Shamwow from my back pocket, or by showing her my extensive baseball card collection organized in alphabetical order, or by overflowing her toilet... nothing I do is ever forgotten. She WILL remember the SVB. This I promise you.

Too often, us bachelors follow the cliches of flowers, spa vouchers, dinners, movies, and listening to a woman when she talks - when really, all we need to do is think: WWSVBD? (What Would Silicon Valley Bachelor Do? Wait, should I throw a "the" in there? Although, that would make the initials sound more like a venereal disease.) As we are flush in the holiday season, I came back to my parent's house recently, only to find a couch blanket resting on the couch. It was a blanket given to me by a girl I had briefly dated in college. It was back to haunt me!!!!

The blanket was part of a gift that still to this very day ranks as one of the BEST gifts I have ever received - well, after the blowjob your mom gave me. BOOOYEAH, got ya!!!! Man, I am good and sooo mature. Well, this gal, Naomi, (I forget her last name. What!?! I forget a lot of things from college.), knew that I LOVED movies and that I am a retard. She bought me a popcorn bowl with packets of popcorn and an Adam Sandler classic movie set of Billy Madison, Happy Gilmore, and The Wedding Singer placed in the bowl. She also gave me that blanket so that I could keep warm and use it to hide my tears when Shooter McGavin threatens to pee on the ashes of Happy's Grandma's house and then hire his Grandma as a maid. I hate that Shooter McGavin! Anyhow, how dope is that gift? It's a heckuva lot better and thoughtful than cologne, a tie, a watch, or a sweater.

In the end, don't we all want to give a gift that keeps on giving? I, for one, am so petty, that I want my gift to HAUNT an ex for years and years to come. And with my track record, let's face it, they're going to be an ex. Here are the Top 5 Gifts you should give a girl to HAUNT HER FOR THE REST OF HER LIFE!!!!

5. A Dog - This gift will not only haunt her, it will TORMENT her. Every time she looks into that cute dog's face, she'll see our ugly, scar-ridden, 5 o'clock-shadowed, scowling face coming through. Anytime anyone says, "your dog's so cute. How old is he?" She'll think back to that day you brought him into her life as a cute little pooping machine. Muahahhahahaha. 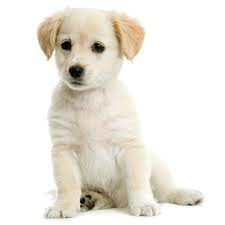 4. Name a Star After Her - Now, this is actually a lot easier to do than it seems. Heck, I've got a star named after me. (That b*tch.) There are a million stars in the sky and anytime you look upwards at night, you'll think of that stupid star named after you by that ex you'd like to forget. (That's me.) 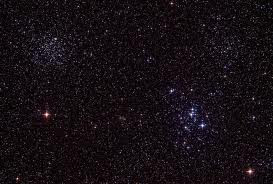 3. Take Her to Mexico - Everybody and their Moms has a Mexico story. People don't forget their first times there as a single and a couple. Although, I know, it sucks bringing sand to the beach (for the low IQ'd, that's a metaphor for bringing women to a place where there's an abundance of loose moraled women), you must do it because she'll go there later on in life with her new significant other. When they trade Mexico stories, he'll know that she's holding back on her stories because she went there with you and you were naked with her in every part of the room and every section of the beach. You've now beaten her new boyfriend and you've never even met him! I'm getting a boner just thinking about it! 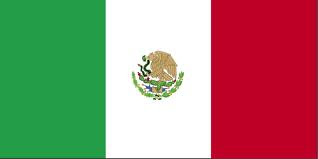 2. Treat Her Friends Like They're Kids from the Make-A-Wish Foundation - When you're out, buy them drinks, get them faded, sing karaoke, dance in the middle of the street with them, be their wingmen and they will forever love you. Cater to their every whim. You just happened on tickets to the Nutcracker? Send them over to the friends. You just met a single, good-looking male doctor? Hook them up with the friend. Can you imagine the debt of gratitude she'll owe you when she's living her dream life? Not to mention, the unattainable standard you have placed on every male after you? God forbid the new guy has to meet the friend with her newly engaged doctor hubby... Know what I'm sayin!?!

1. Whatever is Her Favorite - Do It, Own It! - If her favorite song of all-time is Celine Dion's "My Heart Will Go On", you surprise her with your own rendition of it. It can be in the shower, or played on a guitar, but you had better be Leonardo DiCaprio teabagging Fabrizio at the the front of the ship yelling out "I'm the King of the World!!!" while making her laugh, smile, or nauseous. If her favorite movie is The Notebook, you had better learn that movie inside and out, quoting every Ryan Gosling line in everyday situations that barely make sense. If her favorite color is red, you had better wear enough of it so that Suge Knight would be scared of you. Your goal here is to make sure that she can't get by for even a SINGLE minute without thinking of you. Heck, she can't even take solace in her favorite things - because they remind her of YOU!!!! 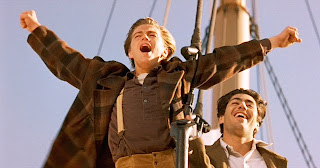 Oh man, I am the epitome of evil. I'm who Mariah Carey sings about in "Heart Breaker": "Heartbreaker... you got the best of me, but I just keep on coming back incessantly, oh why did you run your game on me, I should have known right from the start you'd come and break my heart." Or, if I were singing a song about me, I'd be Akon: "I'm only gonna break, break, break, break your heart." I'm not sure how many 'breaks' I'm supposed to put in there, but you get my drift.

You gals may be out there with your nice cars, and happy lives, and your salads laden with arugula, but good luck enjoying it when all you can think about is me. It's time for me to go pop in a movie. Naomi, if you're out there, I miss you. My heart is but an empty shell, abandoned by its snail. (Snail = You). Call me....