Home » Silicon Valley Bachelor » Secrets of "Banging a Girl" on the First Date: Interview with a Hot Female Prude

Secrets of "Banging a Girl" on the First Date: Interview with a Hot Female Prude 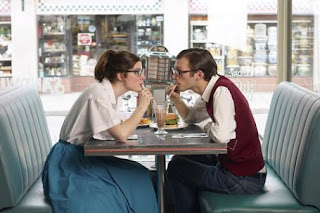 We continue our scientific discussion into the anals of "banging a girl" on the first date. (Anals, heh heh.) If you missed the highly acclaimed series, Part 1 and 2, where I interview a male subject who has "closed" with almost every girl he has taken out for the last year, then you should read it here. It's critically acclaimed by at least two people – they both were positively critical of it.

This time, I interview a subject that is a grade A, top choice, prude of the female kind. If you can crack that shell, then you are a legend in your own right. Believe me, I have tried everything. I super-sized her meals, remembered that she had a brother, went halfsies on movie tickets, and even tried to get her absolutely sh*t-canned wasted. Nothing worked. Therefore, I thought she would be the perfect interview subject so that we can explore how the weird female mind works.

To protect the subject, I have changed her name to someone she thinks she resembles. She'd also like to point out that other people think she looks like her as well. I will humor her and call her Salma Hayek.


KEVIN: Hi Salma, thanks for agreeing to do this interview. Before we get started, I just want you to know that I am a former professional journalist, who has interviewed U.S. Senators, Governors, Mayors, and Olympic Gold Medalists. I am a professional in every sense of the word. So with that noted, would you like to go up to my room after this interview and fool around a little bit?

KEVIN: A simple ‘no’ would’ve sufficed. Now that you’ve made this interview awkward, I will no longer be paying for this meal we’re eating. Let’s start at the very top. How should a guy approach you?

SALMA: Eliminate cheesy lines. Don’t try too hard. 99% of the time I don’t give out my number when they ask. For me, it’s the way they talk to me. It’s more about making me comfortable, being funny, charming and trying to spend a couple of minutes to get to know me first.

KEVIN: What if I told you that the letters of the alphabet should be rearranged so that ‘U’ and ‘I’ could be together?

SALMA: At what point was that not cheesy? And at what point did you try to get to know me?

KEVIN: Well…. I wanted to get to know whether you knew the letters of the alphabet and whether you knew that they are not normally located next to each other - thus, my cleverness. Okay, I can see that you just haven’t gotten it yet. Let’s continue. Tell me more.

SALMA: You have to dress well, be sophisticated. If I see a guy taking shots right before coming over to talk to me, I won’t be giving him my number. I also need to see the guy is not talking to a lot of girls during the night. I want him to be selective and not someone who is just trying to talk to anyone and everyone. Make me feel special.

KEVIN: Your dad must be a thief, because he stole the stars from the sky and put them in your eyes. That’s how special your eyes are to me.

SALMA: How much longer is this interview?

KEVIN: It depends, if you know what I mean, heh, heh, heh… moving on. Give me some solid examples on how a guy has broken that barrier, engaged and impressed you.

SALMA: For example, I was at a tech event. I went to grab a drink and the bar was packed. He saw me coming up and offered to get the drink for me so I wouldn’t have to squeeze in and wait. I thought that was considerate. But I want to warn people at these types of events to stay away from the business card route. Don’t try and make it seem like you want to do business or can help make some introduction in some way and then try and ask me out. If we connect at the event, then I will give you my number. If you feel the connection, then ask me out right there about grabbing a drink sometime in the near future.

KEVIN: Okay, so this mythical creature has somehow cracked your defense system - how exactly is he going to ask you out? How should he do it? Call? Text? Facebook? Hold a stereo above his head outside your window?

SALMA: On the first date I wouldn’t want them to know where I live. I would want to meet them casually. Maybe a wine date, meet at the bar, but he must confirm. Most guys these days are last minute and vague. I want confirmation and set plans.

To seal the deal on that first date, I want a call. He can text beforehand, but once we set up a plan, I want him to call and confirm that everything is going to happen when it should.

KEVIN: Some guys have a problem with getting a girl to call them back, not me, but to help out these guys, not me, I want to ask you – why do girls show interest, give you their phone number, and then not return your call when you call them? Once again, this question was from viewer feedback.

SALMA: The way you leave the message is important on whether you will get a call back. If you call and leave a message, discuss something you talked about in that first encounter. Like if you talked about grabbing a drink, then bring it up in the voice message about grabbing that drink this week. Women want to know that you remember things and weren’t just drunk when talking. If you want to leave the ball in your court, you can call and if you get a voice message, then say you’ll call back later in the week. But if she likes you, she’ll return your call.

KEVIN: Girls call me back, just to be clear, but for those men who don’t get these return calls, is it okay to threaten the lives of these skanky, mind-game playing, inconsiderate bimbos?

KEVIN: My readers, not me, will be glad to read that. Let’s move this along. Anyhow, so this douchebag is now sitting down at a wine bar next to you, what can he do to get in your pants?

SALMA: I want someone who knows his way around, but will allow the woman to make the decision. So make a recommendation, and then allow her to choose. If you’re having a shared plate, make sure she is served first. Place the food item on her plate for her, or make sure she eats before you. Chivalry is important.

KEVIN: No sexual jokes? What the heck am I supposed to talk about then? Next thing you’re going to say is that I have to pay for everything.

SALMA: If you’re asking a girl out, you should be paying. And if you don’t have that much money, then go someplace where you can afford it. Outside the Palace of Fine Arts, bottle of wine, pizza on the grass… be creative.

KEVIN: Should the pizza be Totino’s or Tony’s?

SALMA: I’m going to ignore that question. After dinner, go someplace funky - somewhere where you’ll look the best. You can break contact when you’re dancing or even when you’re walking across the street, you can place your hand on her lower back and if she shies away, then you probably aren’t getting her home that night.

If you want to have any chance of scoring with me, I have to be less aware of my surroundings. So, alcohol is good. But I don’t want to see the guys sloppy at all. So they better be able to handle their alcohol.

SALMA: One other important thing, if the girl lives far away, have her go someplace that's closer to you. There’s less of a chance you’ll hook up if you’re in her neck of the woods and she can easily go home.

KEVIN: I love alcohol. That was good advice. Well, this interview is over. What do you say we go grab a drink and then move on to some heavy petting over at my place in the city?

SALMA: You paid attention, but you’re still an idiot man-child.

KEVIN: I’m going to take that as a maybe. I looooove alcohol. You really hit a nerve there.