Home » The Wedding Singer » The Perils of Perpetual Bachelorhood

The Perils of Perpetual Bachelorhood

There’s an aura of desperation that women can smell when you finally decide you want to take a hiatus from bachelorhood. Truth be told, I’m not sure how to be a good boyfriend anymore. I quite possibly never was. But the fact that I would like to give it my all surprises me and couldn’t have come at a more inopportune time as I embark on several writing projects and travels.

One thing I’ve learned in years past is that women are initially attracted to wild, adventurous men with a care-free attitude and high risk. Their rationale, which is somewhat warranted, is that with high risk, comes the potential of high reward. At the very least, it’ll be fun while it lasts. Good luck with the reform. While at times fun, the relationship will always hurt the optimistic most in the end. That’s why these women typically end up with comparatively boring, safe men. Can you blame them?

I want a girlfriend now. Seriously.

It’s not that I never wanted one before; it’s just that I always had a range of reasons as to why it wouldn’t work out with the latest and greatest. I always said it’s because I don’t want to settle, but ultimately, a huge part of me wanted to continue to be single. I wanted to achieve this objective in a way that would inflict the least amount of emotional damage with whoever I was seeing. My conscience and empathy is debilitating and has yet to find a match.

I deserve whatever it is I get – and right now that is crushing loneliness in the department of mutual adulation.

I’m ready to give love a serious shot with any quality woman I meet now. I just don’t know how to do it anymore. Business is good when you don’t care. When you do, all hell breaks loose. I don’t even know how to seriously interact with a woman on a charted path of mutual respect and formalities.

Maybe this is all well, after all, what artist created his best work while happy and under no signs of duress? Not Van Gogh. Not Ernest Hemmingway. Not Hunter S. Thompson.

Duress could be good for me. This post is arguably more introspective and deeper than in posts past. Although I reckon this is not the type of post that drives people to SVB. Maybe for once, you could say a prayer for me in love.

This new start is one that I would give to with all my heart. It wasn’t that long ago that I used to buy flowers for a girl, just to see her smile. I can’t even remember the last time I had that desire. While bachelorhood has it glory, you’ll eventually run out of company to share the stories.

Like they said in The Wedding Singer, all I really want is for someone to hold me and tell me everything’s going to be alright. I don’t want to end up like Fonzie and have my show canceled! SO EFFIN SAY A G*DDAMN PRAYER FOR ME!!!!!!!!!!! 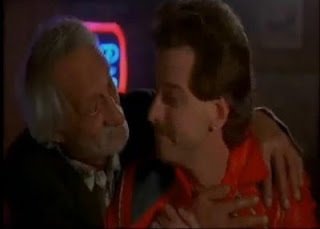