3 Reasons Why You Shouldn't Hook Up With Your Girl Friends 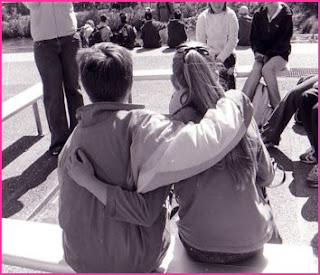 Any smart man can tell you the benefits of having plenty of girl “friends,” but since you’re reading this blog, I can only assume that you had trouble passing P.E. in high school. A lot of guys can’t ‘just’ be friends with a girl – or so they say. The only person you’re hurting is yourself with that kind of mentality. Sure, you may fantasize about your girl friends every once in awhile, but it’s the men that separate themselves from the boys by keeping their junk in the trunk on that 8-shot, 10-beer, 3-bong-rip, 6-Jack-in-the-Box-taco-nights.

Now there’s no doubt that these girl friends can also be the guilty party who instigates a crossing of boundaries, in fact, I’m sure many of my girl friends have had wild, sweeping, epic sexual fantasies about me. They’re only human after all. Heck, I even fantasize about myself. The other night, I dreamt I was Curious George. Sometimes I like to fantasize about myself as Waldo – the anonymous, inseparable, indistinguishable lover. It’s quite fun - you should try it sometime.

Allow myself to explain… myself. I, too, like to live dangerously and I abide by my own arcane rules. It’s absolutely imperative for you to keep many girl friends in order to vastly increase your opportunities with the opposite sex. Here are the Top 3 reasons why you shouldn’t hook up with your girl friends.

Unlike myself, whom I consider to be a wolfpack of one, women like to roam the world with other women. If you can just resist the urge for a quick hookup after watching that Victoria Secret commercial with her sitting next to you, then you will have access to her numerous friends who will automatically know that you have gained the trust of one of their own kind. (Little do they know that we are fiendish animals who would trade our friends in for an instant package of pre-processed chili when drunk.) Once they see that you are already part of the group, you no longer have to come up with some dorky pickup line, like ‘just as I thought – made in heaven!’ Although, I like to throw these lines out there anyway, just to show them how inept, sweet, and utterly harmless I am. Muahahahahahaha….

Sometimes they notice things that guys don’t. Like things that aren’t related to sports, Entourage, cars, or body parts other than boobs and butts. When we interact with guys, there is a machismo factor that keeps us from expressing our feelings. This is something that women have complained about since the beginning of time. And I should know – I was there. Having girlfriends opens your conversation skills up to a whole new level. For instance, I never knew that babies drink milk from boobs. Holy smokes! That one just about blew me away.

Wing MEN can be hit or miss. Sometimes they’re bad drunks, not great-looking, not great conversationalists, not adequate dancers, or not particularly loyal. That can kill the great conversation you’re having when that annoying fat friend has turned her attention away from your wing man and is giving you a dirty look and telling the object of your affection that it’s time to go because she needs to go and eat something relatively soon. With girl friends, you know they’re not going to try and hook up with the girl you’re hitting on. In fact, girl friends are such good wing women that they often times become best friends with said objects of your affection. This establishes an unrivaled credibility. Also, wing women can dance up a storm and they LIKE it! All the while, they will be telling said woman about how great of a guy you are and how your apartment smells of rich mahogany.


See how rewarding female friendships can be? You don’t even have to listen to them. Just every once in awhile nod your head and throw in the occasional, ‘told you that b*tch was crazy.’ So do yourself a favor and don’t try and hookup with every girl you meet. Even if you haven’t gotten any play in a long time - like 9 days – just be a friend and be a GOOD friend. I probably have an equal amount of girl friends and guy friends. I love the variance that each sex brings to the table. My guy friends are largely morons, but they mean well and are normally in and out of jail in a matter of days. My female friends are all beautiful people, who have taught me that boobs are more than just inanimate sexual objects. I love you both. Girls and guys, that is. And not “both,” as in each boob.

P.S. Now if girl friend has no other female friends then it is suitable to consider tossing her to the curb and demanding to be reimbursed for time already spent and then proceed to hooking up. Thank you.