Why It's Time to Start Burning Books Again

Recently I did something unfathomable. I read a book. I hated it. It was awful. No pictures. No scratch and sniff. No 'buy a book, get a free medium fries and soft drink for free'. No unicorns. And the list goes on and on.

The book was by Dan Brown, whom I have had reasonable success putting his words together and grouping them together to understand them as a sentence. But unlike The Da Vinci Code, his newest offering, The Lost Symbol, was a real pain in the arse. I wanted to punch someone at the end of each chapter. Not because it was so good and elicited such passionate emotions, but because Brown took so much effort to write a "thriller" that nothing was ever revealed until the last 5 pages. 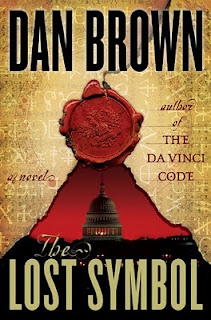 "Gadzooks," said Robert Langdon, world's smartest man with the lowest libido of any fictional character who deals with hot women in books. "I can't believe I didn't decipher this before, I must've stored that footnote in my brain inbetween my encyclopedic knowledge of 73 B.C. and 71 B.C."

What Robert Langdon realized would change his life forever.

Katherine Solomon was aghast at what Robert had discovered. While a little confused that Robert Langdon had taken no notice of her exposed bossom, Katherine remembered that she, too, was a genius amongst mortals.

"Robert," said Katherine, "you don't think this means what I think it means does it?!!?"

Katherine and Robert both looked at each other, afraid and confused, knowing their new knowledge would change their lives forever. While looking at Katherine, Robert never once glances down towards Katherine's exposed breasts or hip-hugging mini-skirt. He has too much going on in his brain to think of sex at a moment like this that could end civilization as we know it.

"We have to go to the authorities," said Robert.

"Wait, why don't we tell the readers what we just learned 80 pages ago," said Katherine.

"NO! Are you mental!!??!" said Robert. "Those simpletons would never know what to do with that kind of knowlege until at least 400 more pages."

"You're right, Robert, like you always are," said Katherine. "By the way, did you notice my breast?"


The above summary is not an exaggeration. It's real. Like Lost the last few seasons. Nothing happens. It's time to start burning books at the center of town square again. Just gather them up and toss them into the bonfire or use them as toilet paper. They are ridiculous and lame. Afterwards, we will all have a drink at the local saloon and spit into spittoons. Knowledge should be gained from moving pictures and Tivo and not the written word. For instance, if it wasn't for moving pictures, who would've known that Soylent Green is people? I rest my case.

See that gibberish up above? I just made you dumber. Stop reading and start burning!

Shame on you, Dan Brown! 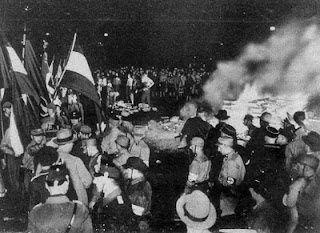