The iPhone App from Hell 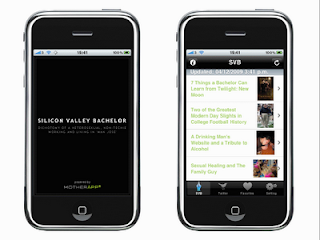 After much clamoring and unprecedented demand, I’m pleased to announce the release of the Silicon Valley Bachelor iPhone App. This app will allow you to keep track of my blog and all my latest Twitter posts – that way, no matter what’s going on in your life – from unemployment, spousal abuse, famine – you’ll always be able to see what’s going on with me. Like if I’m going #2, you’re going to want to know that, because I’ll Tweet every detail.

See how exhilarating my Tweets are? Who doesn’t want to follow my every move?!?! 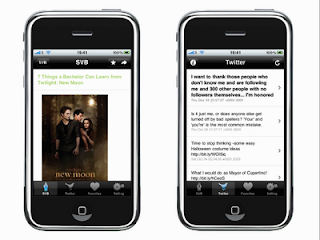 The app was created by these ex-Google folks, who now run a company called MotherApp. It seems most of them were with Google in 2000, so you know they’re filthy rich. This means that this new company is either really good because these guys are so smart and have no need for money, or they’re just really bored. Anyhow, they reached out to me to create this app for my blog and here I am promoting it. Genius! My 7 readers will be thrilled! They told me they were going to name it, "The Alan Parsons Project". 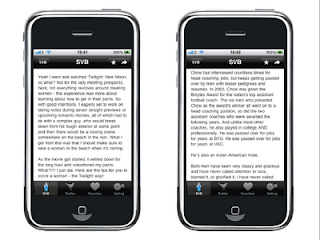 Right now it’s just for iPhone, but it would’ve been nice to have it for non-iPhones last week while I was in Vegas, that way I could’ve tracked my own whereabouts from 11pm to 2am. There has to be an alibi out there somewhere... Let me know how the app works, because iPhone is for losers. Nokia 5190 for life!

P.S. The App is free, why not give it a whirl? At least leave an awesome review on the iTunes store about how you can't live without the SVB - download it here.