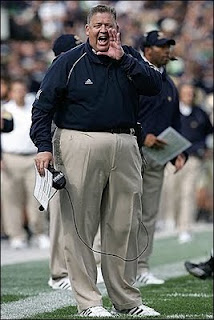 If everything works out as it should, Charlie Weis should be fired sometime soon as Notre Dame’s head football coach. I never really liked the guy as a coach, first off for teaching a game about discipline to young men when his obesity showed he clearly lacked it, and secondly, for getting rewarded a 10 year contract extension while in the first season of a campaign where the previous coach had similarly performed better. That slighted coach went by the name of Tyrone Willingham, an African-American coach in the college ranks that has historically seen few and far in-between.

Weis was awarded a ludicrous 10 year contract extension, that Notre Dame will soon have to pay in full to end, during his first season with a record of 5 - 2. Tyrone Willingham in his first season started off the campaign 8-0 and did not see any such contract extension. Willingham was let go after 3 seasons, and with probable due cause. Weis is in his 5th season and has performed considerably worse than his predecessor, winning almost no big games in his career and ending this season 6-6. 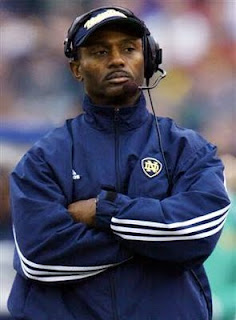 Now it’s no fault of Weis’ that the University awarded the contract extension, but it’s evident that there was and has been a different standard placed on both men. My sister also used to interview Willingham for the Stanford Daily while he was coach of the Stanford Cardinal and spoke highly of him. So maybe I take my heat out on Weis a little more personally, but the college football institution is still far from color blind.

The second slight is one that has been going on for the last 25 years and has hardly been noted. Norm Chow, a lifelong assistant football coach with an undeniable track record, coaching Jim McMahon, Steve Young, Ty Detmer, Philip Rivers, Carson Palmer, and Matt Leinart as their offensive coordinator AND winning three national championships in the process, has NEVER been offered a head coaching job in the college ranks. Let me remind you that last year, the two USC predecessors who followed Chow after 2005 as offensive coordinators, both of whom did not win a national championship, Lane Kiffin and Steve Sarkisian, were offered head coaching jobs, one with the Oakland Raiders and then The University of Tennessee and the other at The University of Washington. One had been on the job for 2 years, the other had been on the job for one. 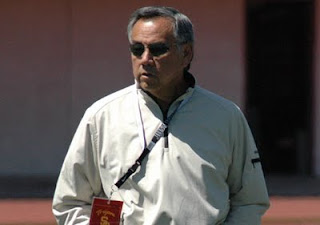 Both men have been very classy and gracious and have never called attention to race, blamed it, or glorified it. I have never called attention to it either until recently, but when the facts are evident on paper, sometimes someone needs to speak up to improve future conditions for all. While their own fates and prospects may suffer in the short term for speaking out, generations have and will achieve greater feats. They may never say it, but I will. Race was an issue and continues to be an issue. White males in their situations were given opportunities, more security, and heftier paychecks. There is nothing against those white males who were given the opportunities, but there is something VERY wrong with not affording those same opportunities to all. I’ve been on that other side looking in and rolling my eyes. I would think, ‘Oh c’mon, give me a break. Not every situation is a matter of race, color, or gender!,’ but sometimes things can be seen clearly just as they are: in black and white.