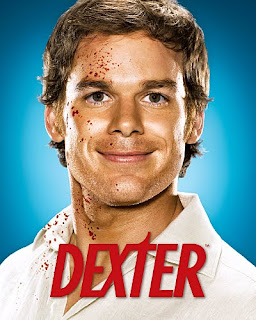 I recently finished watching the first season of Dexter and absolutely loved it. This may sound odd, considering Dexter is a serial-killing psychopath, but there is no other character I have ever seen on a television series that I can relate to more. His overwhelming sense of loneliness and self-imposed exile, hidden beneath the façade of public harmony, is one that I can relate to well. There’s nothing more I’d like to do than give people a glimpse into my inner turmoil and unorthodox thought process and be done with it. Alas, it is no one else's burden but my own. But since you're reading, here it is:

I hide my genius from the rest of the world.

There. I said it. Plato, Aristotle, Socrates? Morons.

You see what just happened? I joke. Watching Dexter go to the shrink (before he kills him), I learned that I, like Dexter, joke to keep people at arm’s length. Well, with the amount of joking I do, I would say I keep people at about a mile's length.

I also learned that I cut myself off from my emotions so I don’t feel powerless. It's a good thing too, because when I lapse, I'm as emotional as they come.

And another fascinating thing, a tactic I'd been employing for years, asking people questions on top of a question they were asking me, allows me to reassert control to keep people from getting too close.

This is all true. It's odd, but I don't think anyone gets me, so I jest and I think I've become quite good at it. Make no mistake - I am no martyr. I am looking for nobody's sympathy. That would actually disgust me.

And, no, this is not a cry for help for you to pry into my psyche - that would only make me push you away sooner. This is more of a "hooray!-There's-a-fictional-character-on-TV-that-I-can-relate-to-type-post."

Near the end of the shrink episode, the shrink says to Dexter: "We all have a big, bad wolf within us. It’s about making friends with it and letting it out for a big meal every once in awhile."

My dark side can be just as satisfying as my public one. Thanks, Dex. 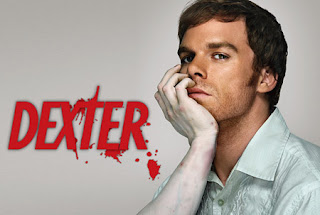