Home » Schools » What Would I Do as Mayor of Cupertino?

What Would I Do as Mayor of Cupertino?

I recently had dinner with a candidate for Cupertino City Council, whom I will not mention because I'm quite certain him being featured on my blog would probably hurt his chances of winning. While I probably will not vote for him, (like it really matters), I couldn't help but think of the issues I wanted him to represent on my behalf. Then... I thought better of sounding like a fool, so I kept my thoughts to myself. I actually would like to run for office one day - even though my ideas don't correspond with any of my neighbors, thus greatly impeding my chances of success. But whatever.

Cupertino is known for 4 things: Apple Computers, great schools, expensive homes, and great Chinese food. (#5, unofficially - bad drivers). As long as you don't do anything to offend or affect the status quo, you'll pretty much be a good city council member. In fact, the city council candidate said the current hot topic is on whether dogs should be leashed or not, or something like that.... I don't know; I stopped paying attention when the food arrived. Anyhow, the point is, Cupertino is BORING!

If I were Mayor of Cupertino - of whom the title of Mayor rotates amongst 5 city council members - I promise you change.

- First of all, I would make sure there was a bar and/or nightclub at the corner of every major street. In order to accomplish this, I would give tax breaks and incentives to bar owners to come in and build, or takeover businesses which I have raised the taxes on - like Kumon centers, SAT prep classes, daycare centers, etc.

- Any institution that directly supports the nightlife industry will also get tax breaks and incentives (i.e. late night Mexican restaurants, Jack in a Box, massage parlors, motels that rent by the hour, etc.)

- To increase the ratio of women and neutralize the effects of Apple and nearby Yahoo! (and increase the morale of those employees), I will offer free office space for PR firms by vacating Lynbrook High School and sending those students out of the district.

- Every neighborhood street will now get to vote for ugliest family on the block, and that family will be ordered out of the community and the houses will be made into sorority homes for San Jose State and De Anza College students.

- Siestas would be signed into executive order immediately. Any business operating in Cupertino that doesn't support entertainment will be closed from noon to 4pm. Neighbors will gather on the streets, bring out lawn chairs, spike their lemonade, throw the football around, and pass out on their own front lawn, if so desired.

Finally, the least drastic of the platform I would run on, I would hire a secret police who will carry out my desires against anyone who opposes me. The other 4 city council member positions would be eliminated and term limits abolished. I will rename my title: Supreme Leader. People will not be allowed to look me in the eye and those who disobey me will be stoned in SVB Square - the center of Cupertino, which of course will have a 300 foot statue of yours truly.

In my palace, I will only wear a loin cloth, and rose petals will be dropped where I walk. When stationary, I will be fanned by large feathers and fed grapes. My only responses to people will be: "perhaps...," "interesting...," and "SILENCE, COMMONER!!!!!!"

So, as you can see, this is a future that will benefit us all. I ask you to vote today, but know your future holds a much more important vote. I ask you to take a look in the mirror, then take a look at your kids and wife. Ask yourself: "would I have married her if I had better options??!!?!" I can't answer that for you, but we can all make sure our kids have a better future. Afterall, the great Whitney Houston once said: "I believe our children are the future, teach them well and let them lead the way..." I think what Whitney Houston was trying to say was: "Vote for Kevin, or there is no future."

P.S. Below are some promotional materials for my campaign. Needless to say, no PR firm was hired or consulted during the creation. 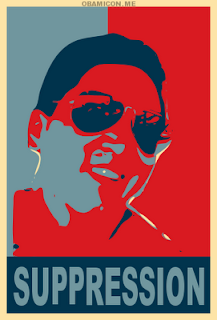 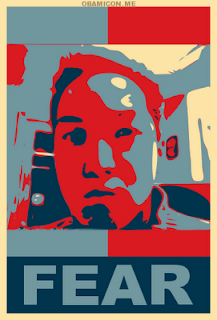