Perpetual Bachelorhood: George Clooney and Me 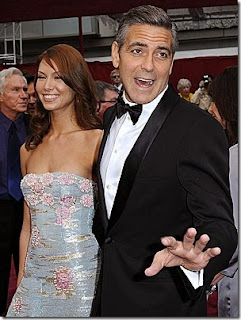 A lot of people ask me what I’ll do with this blog after I stop being a bachelor. I normally say I’ll ghost write , feature contributors, recycle old memories, and interview famous bachelors. But why can’t I just be a bachelor forever? George Clooney seems to be just fine. Why can’t I be George Clooney? Well... minus the private island, boat, worldwide celebrity status, money, and good looks, but other than that, I could totally be George Clooney. Well... also minus the facial hair, salt & pepper locks, charm, and super model arm candy, but other than that, I’m a dead ringer. 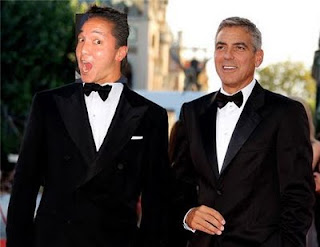 In actuality, I'm just protecting the sanctity of marriage. If current trends continue, over 40% of marriages will end up in divorce. Now I believe if you get married, you should stay married.... no matter how much that guy gets fat, farts, stops listening to you, stops grooming himself, watches the same SportsCenter highlights at the start of every hour, and generally stops forming complete sentences in exchange for grunts. Because of my strong religious beliefs, I am doing society a favor by delaying marriage - possibly delaying it forever!

Just look at this chart below. At the very least, your odds are better the later you get married:

Age at marriage for those who divorce in the United States

There's a whole bunch of other fine statistic here, but I stopped reading when I noticed there were a lot of big words and the numbers went higher than 10. BUT, I cut the best parts out and you can also see that your first marriage has a higher chance of survival, than your second and third. Essentially meaning, your first shot is your best shot.

I surely don't believe this - *cough-Larry King-Elizabeth Taylor-and that old guy in Miami with the 30 year old wife *end cough*. I have told you many, many times before - I am a romantic. A romantic who desperately wants to romanticize many, many women. Haha, ok, just kidding. I want to be James Garner reading to his old wife in The Notebook. (Although, James Marsden seemed to be a real good catch too.) I want to be Tom Cruise needing the love of Renee Zellweger in Jerry Maguire to be complete. I want to be Ewan McGregor serenading Nicole Kidman in Moulin Rouge. I want to be Ben Affleck in Gigli. 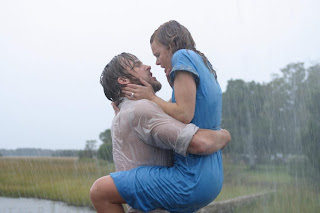 But it seems Hollywood and society has painted a much rosier picture on marriage than reality proves. I don't want to end up a divorced statistic. When I get married, I want to be married forever. Thus, George Clooney and I will carry on the torch that Warren Beatty left behind when he married Annette Bening. As a favor to George, he can have the 8s, 9s, and 10s, and I will take the 5s and below. And as a favor to you, this blog will continue. You mark my words, society will NOT force me into a wrong decision on love and marriage. They may mislead me into thinking I'll be ok after eating 2 Chili Cheese Dogs for $2 at Wienerschnitzel, but they will NEVER force an impulse buy down the wedding aisle.

"They may take our women, but they'll never take the SVB blog and our freedom!" - (Or something like that) as quoted by Mel Gibson in Braveheart.