Let’s face it; some women want to score just as much as guys do. The difference is that women can step outside their front door on their worst day and get it. Us guys? We need all the help we can get. I’ve already told you Community College is a good place to start, but for those of us who don’t want to take the time to sit through a boring remedial English class, there’s another option: tourist hotspots. In particular, a tourist book’s bar and club recommendations. 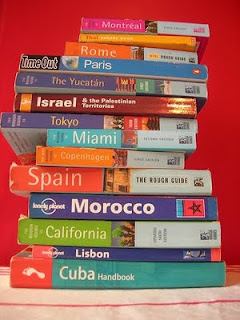 Think about it - it’s a goldmine. Whereas, in local hotspots you meet the same stuck-up gals who come fully-attached with, (pardon the language), c*ck-blocking girlfriends and the possibility of knowing various people in the room through 3 degrees of separation, in tourist spots, the only thing people come attached with is the desire to have, not a good time, but a GREAT time. They also come without the limitations of having to stay sober to drive home, thus the increased likelihood that they’d make the mistake of going home with you. Take it from me: I have been that mistake many, many times. 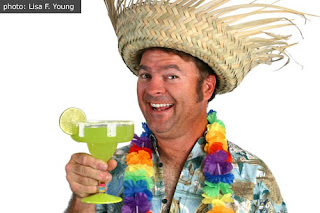 In Silicon Valley, we happen to live just a stone’s throw away from the hideous mutants that live in Cupertino, San Jose, Sunnyvale, Mountain View, and Palo Alto, to the less hideous mutants of San Francisco. San Francisco, as you may well know, is what “other” non-mutants call a tourist destination. While San Francisco women and men are not much to travel far and wide to, us on the outlying areas should take full-advantage of the tourists in San Francisco... but we don’t.

A quick look at tourist books like Frommers or Lonely Planet San Francisco will tell you that we should go to The Matrix, 1015 Fulsom, Ruby Skye, and The Bubble Lounge in San Francisco. These are places that most locals would never be caught dead in. And therein lies the beauty in going to those places... Ehhh? Know what I’m talkin’ bout? Okay, idiots. The mutants of Silicon Valley won’t be there! At least the dumb mutants who don’t read this blog.

So take advantage of my wealth of knowledge and if Lonely Planet makes a book for your city, don’t shy away from the whack places they name as the bar or club to go to. Go to them for the best available chances to score – especially when it comes to San Francisco.

Go my little pups of engineers and computer programmers. Step away from that computer, crack open those blinds and see what awaits you in that scary world not named Warcraft. Follow the white rabbit, Neo. You may just see me wearing my velvet shirt, Euro-tight leather pants, and leading the Macarena.