First National Cougar Convention in Palo Alto! What is a Cougar!??! 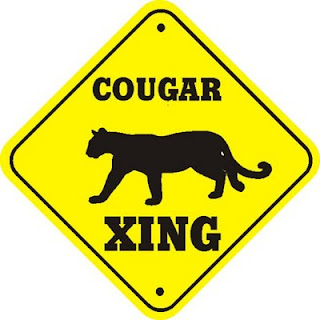 In Silicon Valley there are few reasons to rejoice when you’re a bachelor, but come tomorrow night, we will be prey. Besides hanging out in the Castro, this is one of the few times where we’ll have the luxury of just mingling amongst our male friends sipping cosmos and rejecting those we please and welcoming those we deem fit (err... not that I do that in the Castro). The reason we can pretend we’re a woman in Man Jose? Cougar Con, baby! And it’s taking place in Palo Alto. It’ll be like eating in a free buffet line that serves everything, but you’re only mildly hungry. 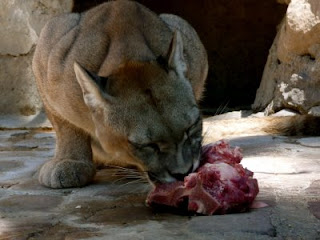 If you've never been with a cougar, they are quite aggressive, unafraid of buying you a drink, and they speak their mind - a dirty mind, at that. What's not to love? It's like bagging a woman, without all the headache, chivalry, expenditures, follow-up phone calls, and did I mention headache? While there's been much reporting about how a cougar is just in it for some young, hot ass (that's me, of course... well, the "ass" part) and that they're confident, I have found cougars to be much more vulnerable beneath their facade.

These are women who have probably come out of a relationship where their men left them for younger, hotter women. Their egos are bruised. Many of them have not dated for some time, so they're unsure of themselves as a single woman. Fortunately, they have money to spend from the divorce, and years of partying to catch up on. They desperately want to fit in and will probably go home with a douchebag like yourself.

If you do happen to get lucky with a cougar, treat them with respect. They won't stay a cougar for long, because, let's face it, partying every night with 20 somethings and mixing it up until the early morning hours gets to be tiring. Eventually they'll want to settle down again and join a productive society. What this productive society is? I don't know. I've heard of it, but I assume it's something like working 40 hours a week, joining the PTA and YMCA, voting, and/or paying taxes. I'm not sure if you have to do one to do the other, but it sounds complicated.

Unfortunately, I will not be able to attend the National Cougar Convention tomorrow night at Trader Vic's and Dinah's Garden Hotel. You can read more about it here and you can read about this journalist's experiences going to a cougar event put on by the Society of Single Professionals. I can tell you now, there will probably be way more guys than girls, no matter what you've read. Census figures have us (in certain Silicon Valley areas) as 125 guys to every 100 unnattractive females. (I added the "unnattractive" part.) 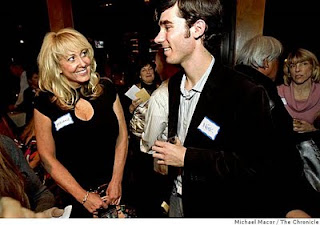 Well, what is a cougar? I think of it as any woman who is at least 10 years older than you. Although, note to everyone: NEVER ask a woman's age. (Or ask how much they weigh, or if they are pregnant. I have done the latter twice, to very abysmal results.) Some people say the woman has to be over 40, but I'm all about an inclusive movement. 25 and 15? Why not? Well, besides the fact it would be illegal... how about 28 and 18? That's better! Cougar on!