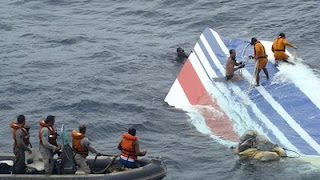 I'm not much into conspiracy theories or sci-fi fantasy, but a lot of things going on with the crash of Air France Flight 447 has been downright creepy. While the cause of the flight hasn't yet been determined, I can't help but think of the television show, Lost.

Also, after Johanna Ganthaler and her husband Kurt barely missed the flight last week, this week she was involved in a car accident that took her life. Her husband was seriously injured. I'd be interested to see who else missed the flight and hope nothing bad happens to them.

If you've seen Final Destination, a group of young folks end up getting off of a flight because one of them sees a vision of the flight crashing. One by one, "fate" chases them down and kills them through a series of freak accidents.

On another note, I saw a ghost (or a figment of my imagination in my dream state) in my room two nights ago as I abruptly awoke at around 5am. I was freaked out, but then started calming myself down by telling myself that ghosts can't hurt you (or so I hope). Also, I figure, as in Sixth Sense, maybe they just want some help. Unfortunately, as I lay holding the sheets above my nose, I had no ghost therapist to confide, "I see dead people." Plus I could never say it as eerily as Haley Joel Osment. That kid can act.

It could be just as much of a blessing as a curse to see a ghost. Do I sound crazy? It could very well have been just a part of my dream as I awoke, but I figure I must come to terms that it was an actuality to get past the fear that it caused. I don't like to live in fear. It's scary.

P.S. If Patrick Swayze starts singing songs in my bedroom as I'm sleeping, I'm going to be downright p*ssed. 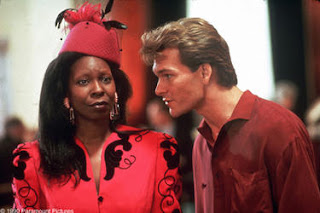