Home » Women » What Countries/Ethnicities Have Women Who Age Well?

What Countries/Ethnicities Have Women Who Age Well? 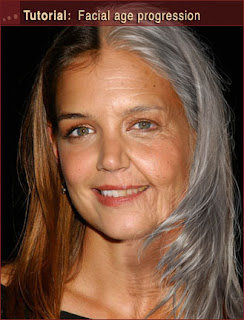 Out of all the preposterous posts I have ever written, this one has the potential to offend the most people.... so what are we waiting for!?! (FYI: I've been watching a lot of The Family Guy, plus I haven't posted in awhile - give me a break!)

Month after month, the most read post in my blog portfolio is found through the search terms, "Icelandic women," "women of Iceland," and "easiest women in the world." Whoever thought my core readership is full of chauvinistic, perverted, testosterone-fueled men is WAY off base. I'd like to think of us as promiscuously curious. Sounds much better - don't you think?

Well, not only are we curious, we are eager at debating the merits of beauty in Iceland and many others places we can't pronounce. (Next thing you know, they'll ask us to spell "Rizzuto" in cursive!) Take for instance this recent comment left on my "World's Easiest Women: Iceland" blog post:

"I graduated High School at the NATO base in Iceland and it is true that the Icelandic women, say from 18-30. look very good and are rather promiscuous. They are not all blondes and some of the prettiest Icelandic girls I knew had sandy to brown hair. It was not uncommon for NY modeling agencies to send scouts up to review seniors graduating from High School. Three of my icelandic friends received modeling contracts while I was there. BUT ... I'm not sure if it's the weather, diet, or marriage; but Icelandic women do not age gracefully. Most Icelandic women in their 40s-50s were rather pudgy and just looked like they quit taking care of themselves. I never met a Icelandic girl between 18-25 who was heavy. I did not meet one Icelandic woman over 40 who was thin."


Well said, my friend. Well said. We are not the "pudgy"-lover-types!

Let us begin with the ethnicities and my assessment of whether or not they'll age gracefully. Having lived in California, there's not much we don't have (or that I haven't dated: Chinese, Polish, Mexican, Dog, Ape, Chimp, Cockroach....).

Chinese: They will age well, but you will have to deal with their face visors and white gloves that cover up their exposed skin from the aging Devil, called the sun. You like Nicole Kidman and Kirsten Dunst's ghost-like skin? Then go Chinese.

Japanese: These women will age well, wear lots of makeup, and lose about 7 inches in height.

Korean: Koreans are most likely to date outside of their Asian ethnic background, so I'm tellin' you there's a chance...... Although, you will have to deal with deteriorating conversation skills and an enlarging face. (Holy sh*t! I'm going to hell. Family Guy, Family Guy, Family Guy...)

Vietnamese: These women will age remarkably well. Not only will they not gain much weight, but they also will not improve upon their English skills for as long as you know them.

Indian: Indians age pretty well, but it'll be hard to tell if they ever gain any weight, since their clothing will continue to get larger and baggier. Don't expect them to smile.

Mexican: As curvaceous and sexy as a latina can be in their youth, you can add about 15 pounds for each kid that pops out. This weight will never be lost. The good news? Their clothes will continue to get tighter to make up for the added weight!

American Black: Like Asians, black women age well. The weight they'll gain will go to their boobs and hips. And then.... their boobs and more hips.... Until they are touching.

English: They will look 10 years older than they really are and cease to wear makeup anymore. They will also refuse to invest in any hair-dying products as their hair hits complete white at 40.

Polish: These women are hot. But the lack of money in their home country means no infrastructure investment in 24 Hour Fitnesses. So as long as they don't adopt American fast-food eating habits, you're in good shape. (Get it?!?! Shape? Haha, I'm funny and clever. Also, retarded.)

Russian: I don't have many qualms about the Russian women I've met and seen. I think they age well, stay relatively in-shape, and are quick to pick up important habits: like working out, cooking, and cleaning. (Kidding.) Although, when they talk to their friends in their native language, it will sound very angry and you'll flash back to all those movies where the Russians are the bad guys and worry that you'll be murdered in your sleep. (Not kidding.)

Iranian/Persian: They will look good, but you will probably stop getting some after marriage. You will also have to hold many, many shopping bags at the mall, or worse yet, have to open a joint banking account.

Greek: These women age year-by-year until 40. Then all of a sudden, they look 80.

Italians: I like the Italians, but their love for the sun will make their faces look like dried leather by 50.

French: They will stop shaving their armpits and legs... oh wait, that's already happened. Their conversation and intellect will continue to improve, but you will have to be a hair-lover.

American White: Well, I saved the most complicated for last. What can you say? We live in a culture of extreme and instant gratification. Either the women will just let it go from instant fast-food gratification, or fix themselves immediately with plastic surgery gratification.

Now that I've managed to offend the entire female species, I will go back to dating cockroaches. The male ones.

P.S. Feel free to contribute to this list! And, here's a site where you can see what girls look like all around the world. It's pretty cool. http://www.girlsonamap.com/