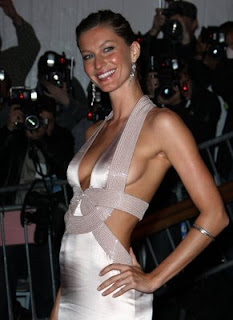 I don’t know if you’ve heard, but like me, Brazil has gotten to be kind of a big deal. They started out with that Pele guy, and Gisele became a so-so model, and then Snoop and Pharrell went and sang that song Beautiful in Rio De Janeiro, but then InBev went and bought our American beer company, Anheuser-Busch! Brazil might as well p*ss on our heads. Because I like urine and frontrunners, I decided to jump on the bandwagon and head for a visit! They make take our beer, but by George, I will take their women and NEVER call them again! (Well, maybe add them on Facebook and exchange a message or two, but that’s it.) As I got off the plane, draped in my USA flag and body paint, chanting ‘U-S-A, U-S-A,’ I was not immediately struck by any women that even remotely resembled the women in the Beautiful video. I was disappointed. Snoop Dogg lied to me after years of drinking Gin and Juice, with my mind on my money and my money on my mind, in his honor. I would never buy his CD again. Other than future bedroom boycotting of doggystyle, I also had a lot of reservations about my visit from numerous people who had told me they had been mugged in Rio, so I had actually come to terms that it would happen.

First of all, words spelled in Portuguese don’t sound anything like they would if you pronounced them the way English letters or even Spanish letters are pronounced. This was a pity since my Spanish is like hypnosis when spoken into a woman’s ear and the bass in my voice is like cocaine. I would have to rely on my dizzying good lucks and my amazing hip movements, which have been known to make Travolta look like a hobo. 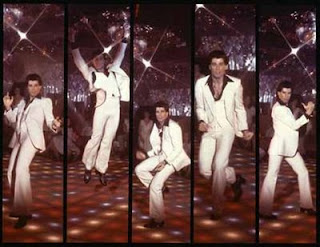 As I recommend with every country, start at the Irish Pub and talk to English speakers to get a good sense of where you should go for the week. The dollar is currently strong, of course, not as strong as in Argentina, but you still get roughly 2 for the price of 1. It was at Shenanigan’s where I first got the indication of how stunning a Brazilian can look. Too bad it was a group of high school girls! That’s one thing about Brazil, and most every other country for that matter, the drinking age is low. I’m not sure how low, but I hear you can get into clubs and bars around 16. As for me, I stopped hitting on 16 year olds a long time ago. 2008 was my last year.

Anyhow, amongst the best places I went to were Nuth on Sunday, Melt on Wednesday, and Londra at Hotel Fasano on Friday and Saturday. Let me reiterate Londra. It was single-handedly the BEST place I have ever, EVER been in my life. First of all, it’s 80 Real to get in, which is like a$35 entrance fee! But it’s worth it! I was chatting it up with real estate developers from Dubai and the place just looked and smelled of money. When I first got there at 11:30, the place was dead, but around midnight, so many hot women began coming in that I felt like I needed to go to the bathroom to check to see if I looked ok! When the dust had settled, the ratio was like 4 to 1, female to male, and any ONE of the ladies in Londra would easily be the hottest girl at a club in the states. You know you have it good when rich, hot, cougars have their own table and invite you over to drink from THEIR champagne and pay for your cocktails! 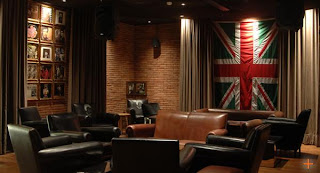 I don’t think I ever got the name of any girl in Brazil. It wasn’t necessary. We all spoke the language of love! But seriously, people make-out at clubs at a much greater clip that we do here in the states. And people don’t judge! I love it! We’re such prudes here in the states. Always judgmental – otherwise known as haters. 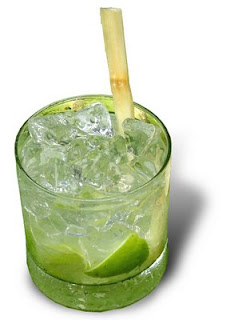 The drink of choice in Brazil is a Caipirinha, made from a liquor called Cachaca – much different from Argentina’s Fernet - but a little too soft and fruity for my taste. I like drinks that make you gag. Then you know it’s strong and you’ll get drunk quicker! I’m very economical. The way you get drinks is a little different as well. They give you a receipt right at the start and you use that to get drinks throughout the night. It’s like getting chips in Vegas to play card games - it doesn’t feel like money until you’ve spent it! At the end of the night, you have to check-out to leave, where they give you another receipt to get out. P.S. the windows in the bathrooms are tightly closed and too small to fit a 6 foot, 170 pound, muscularly-built body – or so I’m told.

Now back to getting mugged. It didn’t happen! In fact, I never felt threatened at all, even though we stayed in a supposedly dangerous area of Copacabana. As long as you take taxis everywhere, never wear jewelry or watches, and have extremely large muscles like me, you’ll be fine. I’m glad I didn’t watch City of God before I left, that movie would have had me watching TV in my room every night. I think most of the would-be criminals were intimidated by my large pectorals and latismus dorsi, not to mention my mangina. 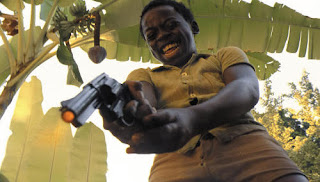 The people are very nice and the women.... OMG! Oh my God, I just wrote "OMG". I DO have a mangina! Anyway, that’s just how hot some of the women are! Although, unlike Argentina, where the women are pretty consistently above average, it was really very hit or miss in Brazil. The hits were amazing, but the misses had my beer goggles shaking in their boots! Not an easy accomplishment. One more thing, before you go, you need a Brazilian VISA!!!!!! I almost vomited when I was told I needed one at SFO a few hours before I was to depart. Luckily, American Airlines allowed me to dip into my drug money to buy a brand new ticket into Argentina first. Tickets are cheap when you buy them the day-of. Thanks, AA!