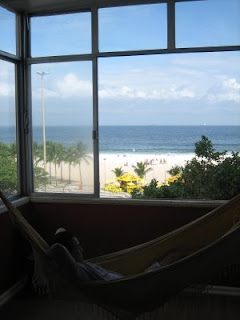 That's it. I'm done partying, folks. I'd like to announce my retirement from 'balls to the wall' partying. There is only so much my body and leftover brain cells can take. Instead, I'd like to now transition into classy, sophisticated partying - more evening cocktails in long-stemmed glassware, and wine and cheese parties, where we laugh politely at each other's cliched jokes. No more of this 9 or 10 drink nights where you see 1/3 of a bottle of hard liquor left and you think to yourself, "better finish it up, lest it goes bad by morning!" What? You guys don't do that? No more waking up next to some dude.... err, chick (hot ones of course) and hating yourself for being so irresistible.

Well, enough of me announcing my retirement. Boo-freakin-hoo. So what I got drunk 15 or 17 nights and now I feel like there's nothing left to accomplish? It's time to move onto other pursuits - like Jordan did when he retired and attempted baseball. I am going to try basket-weaving and maybe collect stickers like I did when I was a kid. Anyway, thank you all for asking me to write about my exploits in Argentina and Brazil on SVB. I'm sorry, I'm just not funny anymore. I'm retired.
I'll write expanded summaries over the next week, but here are the highlights, thoughts, and funny moments from my excursion:
- At one point I wanted to take the bus somewhere and my travel mate, Chris, says: "Buses are for poor people. Now let's go get a taxi." I laughed profusely at this and quoted it often on my trip.
- Canadians speak really good English.
- I made Chris listen to country music when we pre-partied before going out. One time James Blunt came on, and I happily sang "you're beautiful....." with my glass of Fernet and Coke. I think Chris really enjoyed this.
- My sheets in our apartment in Buenos Aires had this huge rainbow. The pillows had their own rainbows. I am not gay..... but I'd wake up bi-curious.
- Sometimes I would walk around and think 'people must think I'm a movie star.' Other times, I think they just wanted to mug me.
- I punched an Irishman on St. Patrick's Day - first fight I've been in since losing to Stephanie Smith in 5th grade. I'm ready for that rematch, Stephanie! I ain't a kid no more!!!!
- There is no March Madness in Brazil.
- People like to make out heavily at clubs - gays and straights. I don't know about you, but I love hot guy-on-guy action.
- Ronaldo is fat. He stands around and if he has no chance, which is often, he doesn't even try.
- Brazilians have really nice butts. The girls aren't bad either.
- I've made 4 semi-gay remarks in this blog post. I am not gay - I swear.
- Nobody in Argentina needs a boob job.
- Women in South America wear so much less makeup than women in the U.S. - it's refreshing, which also means there won't be a "surprise" moment after that morning shower.
- There is no need for shots when the clubs don't close.
- I once pulled out my Enrique spanish words as pick-up lines: "Te Quiero, amor mi o, bailamos! Let the rhythm take you over, bailamos...." I ran over the english words quickly and heavily-accented in hopes she wouldn't notice.
Welp, that's my trip in a nutshell. I will break down each city (Buenos Aires, Rio De Janeiro, and Sao Paulo) in future posts so that a traveler might actually find some of the information useful.
Peace out, dogs!
Kevin L.
The Silicon Valley Bachelor