Home » Tao Nightclub » Things I've Gotten For Free with My Mouth.. and a Little Charm!

Things I've Gotten For Free with My Mouth.. and a Little Charm! 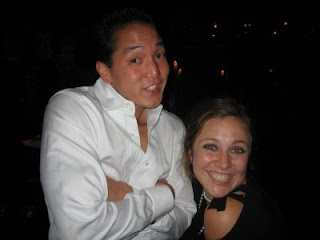 We all enjoy getting the occasional hook up and "hooking up," but it all starts with the gift of gab. That, to go along with my looks, makes me an impressive 0 for 2, but.... I have my moments. Most of the time when they happen I've drunken copious amounts of alcohol and don't remember half the night, so I can't take full credit, but I have some nice little scores....

First of all, pulling the "reporter" card back in the day was like shooting fish in a barrel. Now that I'm no longer on television, believe it or not, this lame-duck blog is still getting me a taste of the high-life! Today, I pulled off a front of the line score at Tao Nightclub for this weekend in Vegas, thus triggering this recollection of self-aggrandizing moments. You can take notes if you want to:

1. VIP Treatment at Tao Nightclub - We might as well start with this one. This is my oldest trick in the book and it's worked countless times in Vegas. You can do this many different ways, but the more humble you are, the more successful you can be. In the past, if I hadn't called ahead of time, than I would just tell the bouncer in line: "Hey Bro, it's cool if you can't - I totally understand, but I'm a journalist visiting from out of town (casually flash the press pass). I'll still pay, but I'd love just skip this line. It's just me and my friends."

9.9 out of 10 times, we roll right in. On that .1 time? You get a look from the bouncer of unwavering un-amusement and a flat, "so!?!" That's when you quickly walk away to hide the tears forming around your embarrassed, reddened face.

2. Usher's Super Bowl Party in Detroit - While I was a reporter in Columbus, I pulled this one out of my butt by calling ahead to the event that was roughly $200 a head to get in. Gave the same line about being a reporter, (I'm careful to make no mention that I'm actually doing a story) and voila! Me and 2,000 of Usher's closest friends mixing it up. There were actually 5 velvet ropes to get past to get to the final area of Usher's entourage. I made it past 4 of them and about 20 feet from Usher before giving up and yelling out: "Hey Ursher, you got the voice to make my booty go *smack (clap hands here)." As the bouncers had me by each one of my limbs carrying me out, I thought to myself, "that Ursher sure is a lot dreamier in person. Yeah!"

3. Two Speeding Tickets and One Driving Too Slow Ticket - Yes, yes, I know that last ticket sounds silly, but I was going like 15 miles an hour on a 55mph lane. It was late and I had dramatically killed a family of possums. I can still see their sweet little eyes. Two big possums, followed by 3 small little ones walking in a line across the road. It was disturbing, so I quickly pulled up my pants with one hand on the wheel (What? I like to drive with my pants down), and then pulled over for the officer who proceeded to ask me about that hot female anchor I work with.

4. A Bottle of Han Vodka - This Asian "silky smooth, rice-infused" vodka is seriously the bomb! I was at a dressy event where they were giving away free cocktails made from Han Vodka. Needless to say, I spent the whole night two feet from the Han table. Even if it hadn't been free, it was the smoothest, best after-tasting vodka I have EVER had. And I've had a lot of the best.... Popov's, Safeway Select, Wal-Mart White Label - you name it. After 18 straight shots, I slurred to the distributor/pourer that I was going to write a blog post on this vodka, which he then, surprisingly, handed me an ENTIRE bottle to take home. I then told him that I wanted to marry him and I would not take "no" for an answer. 33 "no's" later, I walked around proudly schmoozing with people, reeking of vodka, holding a bottle of vodka in my hand.

5. An Adjustment in Cost From a Tailor in Thailand! - Okay. Paid for two awesome custom-made suits in Thailand and was told they would cost $550. Of course, there, they have to charge in baht, which is their currency, but they pitch it in American dollars - I then get back and find my credit card bill to be about $70 more. I email them and they say they can't do anything, it's my credit card company's exchange rate. As a last-ditch effort, I write them an email back and tell them I write this blog and that all 3 of my readers will boycott Thailand and your little suit-making operation. Instantaneously the tone changes in the response and the apology is to my snobbish liking..... and of course my account is credited.

Well there you go! If you need more info on how to accomplish these feats, we can meet up and you can buy me a drink or introduce me to a single (preferably female) Chipotle employee. That would be the ultimate hook up! Just think: if I can accomplish all this, you too can write a blog and live like a Playboy King! 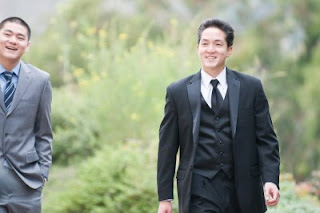 P.S. That's the infamous Margaret commenter at the top. She's never given me anything for free.