I like people who talk less and walk more. It's particularly nice when you don't even know they're doing something and then BAM! Done. Like: 'Hey guys, look I just started a new company!' Or, 'Hey guys, I just got a sex change!' Here's to honor some of my friends who are doers and not full of sh*t..... like me. Here's 4 friends who started ish in the last few months: 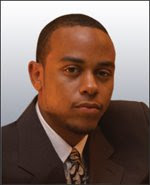 De'Niel Phipps - One of my best buddies.....well... who is in the state of Ohio, and in the southern Columbus region, and who is black, just co-founded an interactive television show/radio program/website called Auto Smarts 4U. He is also the Executive Producer of the show, which fields questions from viewers and has, so far, featured interviews with Jay Leno, Kenny Wallace, and Jeg Coughlin, Jr. You can find his interactive website by clicking here.

Pat Lightbody - My all-time favorite "nerd friend" started another company in his young, distinguished career called BrowserMob. It has something to do with computers and testing stuff and stuff like that. The subhead on his website says, 'On-demand, low-cost load testing with real browsers.' Now if that kind of sexy subhead doesn't turn you on, I don't know what will. Now if Pat could only truly make it BIG, I have so many embarassing pictures of him that I plan to use to extort cash from him. They have ValleyWag written all over it! You can find his website by clicking here.
Daniel Swartz - Who is in no way affiliated with MerchantCircle, just started a new blog called Mental Distortion. It's 'a blog about something.' Daniel is a chill engineer with sometimes quirky, and sometimes surprisingly thoughtful blog posts. I didn't know he had so much time to think outside of Call of Duty 4! If only Daniel had funneled me more food from the engineering meetings, I might've written nicer things about him. You can find his website here. 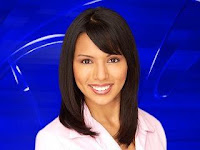 Jessica Sanchez - My best female friend in the state of Orlando who is a television journalist just started her own blog. I strongly recommended against her doing this because journalists have to be mindless robots for their stations. You're not allowed to alienate anyone, and typically having an opinion works against you in achieving this goal. With that said, Jessica has some of the funniest, outrageous things to say (next to me). Her eloquent, well-crafted writing SHOULD be enjoyed by all. Writing is beautifully therapeutic. Expressing your God-given right to an opinion is empowering, even moreso after years of journalistic silence. Cheers to you Sanchez, but don't say I didn't warn you when your boss comes cracking down. You can find her blog, And That's News To Me by clicking here.

A lot of people say I ask them a lot of questions and rarely talk about myself. Well, that's because I have such wonderful friends who are all doing such wonderful, creative things. Plus, I like looking at myself more than talking about myself. I truly love hearing about my friends, especially when they're wearing glasses where I can see my reflection. I'm happy that I have friends who are making sh*t happen all over the country. Life is too short to waste your breath just talking about what you want. Go and get it!
Sincerely,
Kevin L.
Silicon Valley Bachelor
P.S. De'Niel also shot and edited the MerchantCircle company video and made me look halfway-decent. Not an easy thing to do. You can find that video here. I'm not sure what product I'm pitching, but I sound great! 230,000 views and counting!