Home » wedding toast » What to Say in a Wedding Toast

What to Say in a Wedding Toast 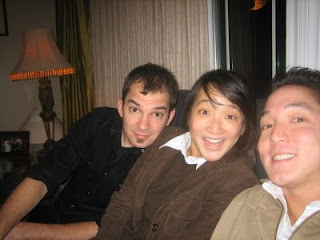 Just several hours before my sister's wedding (and in bed on a Friday night at midnight!), I haven't yet figured out what I'm going to say for the welcome toast. It shouldn't be too hard right? Afterall, I come from a background of impromptu speaking. Well, it IS!!! So shut the hell up!!!! Just kidding (but not really). It's hard to toast and 'say a few words' and do my sister justice. You see, she's the most influential person in my life.
Often times argumentative, critical and verbally abusive growing up, she grew into my biggest fan - full of praise, support and guidance. For a screw-up like me, I can't imagine that's an easy thing to do. As kids, we would have epic battles over the remote control - patiently waiting for the other to eventually need the use of both hands before pouncing in a full-out wrestle session for control of our viewing pleasure. Losing would mean one more hour of Facts of Life. Winning would mean Ducktales. This was serious business.
My G.I. Joes do owe her a debt of gratitude though, because without her Barbies they all would've been fighting over Scarlett. Contrary to popular belief, my G.I. Joes were much more than just meatheads. Oh sure, they'd love to fight each other in epic gun and fist battles, but they also had a warm and tender side when courting these large Amazonian women who were more than a foot taller than them. No complexes here! Fortunately for them, Barbie clothing comes off very easily. (I would learn later on in life, that that is not the case with real women!)
When my sister went away to college I cried. It marked the first time that she wouldn't be a part of my everyday life. As the older sister, she was all I knew in a household of demanding, weird, and funny parents. While I was the only member of my family saddened by this departure, I really had nothing to fear. My sister would make it a life long habit of including me in everything she did. When I went to visit her at Stanford, I saw how much fun she was having and I thought to myself that this 1.7 GPA really isn't going to cut it. I turned it around right then and there and worked hard to hit that elusive 2.3 mark that everyone strives for.
When I went into a career of television, traveling to far off remote states, my sister was with me every step of the way. Making sure to come out and visit me when no other friends would make the trek to a place like Pocatello, ID. I can't say that I'm THAT surprised though. At my high school basketball games she was there. At my school plays she was there. At my parole hearing she was there. When I beat up my landlord she was there.
At this new stage of her life, I'm no longered just saddened by these events. I'm excited. It should be noted that I may be the most sentimental person in the world. I linger maybe a little too long, but I also cherish every moment in the past. With my sister, there's no shortage of moments to cherish and that's sometimes a tough proposition for my weepy, sentimental-ass. As she marries a man who makes her laugh and takes good care of her, I know she's in good hands. I'm excited about a future with a new brother-in-law, maybe one day a niece or nephew, and if I'm lucky - a woman to share these new moments with my new family. But even with the excitement, that doesn't mean I can't hold on to my moments with my sister.......
For that, I toast my sister and her new husband and the many memories we'll share in the future as family. 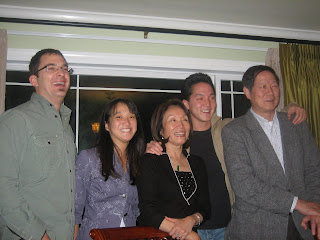