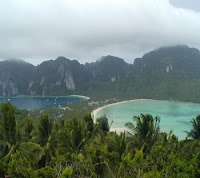 My vacation was great. Then again, I've never had a vacation that wasn't. But if I had to do it all over again, I would have scheduled the beach and relaxation for last. As it was, I did Bangkok for 3 days, then Phuket for one, Phi Phi Island for two, back to Phuket for one, then to Taipei for six. What I should have done was Phi Phi for 12 days and then back home.

I kid you not, when I say that the Island was single-handedly the best spot for hot girls I have ever seen in my life. 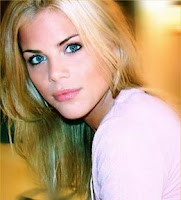 Everyone I met was from Sweden, Norway, Australia or the UK. Me and my buddy Brian were the only ones from the states, but we didn't care. Unless you hate hot blondes (think Tiger Woods' Elin Nordegren), then avoid Phi Phi. Not only was it full of cheap food (you could eat a meal for about $2), everyone was 20-something, on vacation and having a good time.
I even yukked it up with some Aussies and Swedes by the pool who were having a laugh at the expense of the U.S. I swam over to respond saying we had the best national anthem around - to which they heartily agreed. We commenced to drinking more, quoting Anchor Man and Entourage, and it was good times. You see, there is a universal l 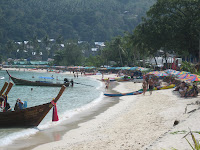 anguage on beach vacations - and that's the language of 'booze.'
Sincerely,
Kevin L.
The Silicon Valley Bachelor
P.S. Stay tuned for my next post this week on transexuals and my buddy's near mistake of mythic proportions.