Guys: Whatever you do, don't go up to a girl at a club or bar and just start freakin' them from behind. That's so early 90s and that stuff just doesn't fly anymore. OK, maybe 5% of the time with THE most hammered girls in the club, but really, it's just tacky. Unless you know that a face-first approach will get you no love and this dance-by freak session is the only play you get every week, then try walking up to a girl before she steps onto the dance floor and just say hi. 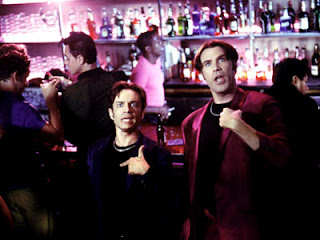 Avoid cheesy lines. Whatever you do, don't compliment her or say something that she's probably already heard all her life or has no answer to. For instance, saying 'you are so pretty,' or 'your eyes are beautiful' will not elicit a response of 'I knooooow, I AM so pretty. Some people think I get if from my mom or dad, but I think God really blessed me.' What typically happens is they'll just smile and say thanks - end of awkward hit-on session. Their looks, or eye color (for the most part) is not something they made a conscious decision about earlier in the day.
If you're going to open your mouth, say something that will engage them in lively discussion - like, 'man, your girlfriend looks WAAAYYY more faded than you do,' or 'your drink looks amazing, can I have it?'
It's also good to talk with someone first, as my friend will 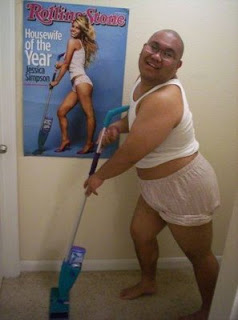 attest. You see, in Thailand, tranny capital of the world, my buddy didn't spend enough time talking with a gal before finding out she was a he! He even got freaky from behind and started to pitch the tent! He found out she was a he, when he went to the bar with her and the bartender asked whether he liked "Man-aise." He was baffled at first, then the smirks between bartenders helped him see the light. Give him credit though, he still bought the shemale his/her drinks before saying he had to go and look for me.
It could've been much worse. The shemale could've gone all Crying Game on him - although, I would have taken immense pleasure in his unfortunate situation! Anyway, remember when out: no dance-by freakings, compliment her booze and then grab it from her hand and drink it, and make sure you check for enlarged Adam's Apple.
Sincerely,
Kevin L.
The Silicon Valley Bachelor